Prism Guard Shield is a popular free FPS Game available for PC Download. Join Prism and grab a chance to be a stealthy combat guard.

Note: Download size of this game is 1.6 GB. So, if you have a slow internet connection with limited data plan, this game might not be for you.

This game has both single player and multiplayer modes. This game has new emerging weapons and advanced surveillance technologies for you. Be a member of Prism and kill the terrorists. 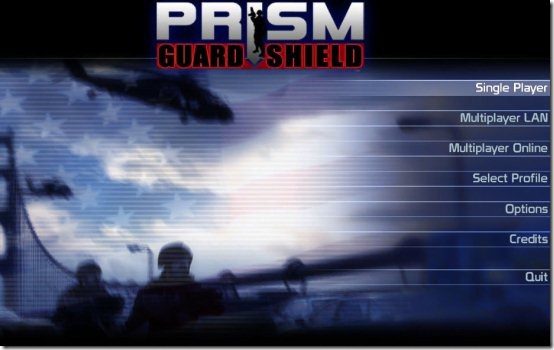 Features of this FPS Game:

PRISM is a highly secretive defense unit from the near future. You become a member of it and guard it from suspected or potential targets. This game has 3 environments and 8 near future weapons. The game also has recognizable landmarks like Washington and San Francisco.

I was surprised that this game is available for free download because it has very good graphics and sound effects. This game is a good start for FPS game beginners. Though it is a free FPS game, it’s download size is 1.6GB. But it’s worth downloading because it has many features which are:

1. Single Player: In single player mode the game starts with a simple introduction. You have to report to the security section and then you get a report of threat from the terrorists.

Pick up your simple pistol and take some enemies in the beginning. After you kill some of them, grab their machine guns and shot guns to proceed further. Don’t forget to pick up ammo and new guns from the dead enemies. You will be assisted with your fellow guards also. But go ahead because you are the lead for your team. Take the enemies and pick up some intelligent reports on your way. Sometimes you even find health packs which look like packets with a PLUS symbol on it. This game has an auto save option; which loads itself from previous checkpoint if you get killed.

Watch out for some cover; your armor and health will be indicated on the top right corner. Take some good head shots to kill the enemies faster. Don’t sprint for longer time because you may be at the risk of getting killed easily. The number of bullets in your gun is also indicated on the bottom right corner of your screen as shown below. 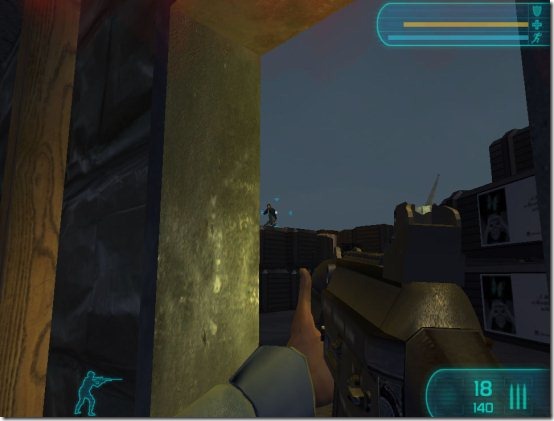 2. Multiplayer LAN: In multiplayer LAN mode you can play with your friends. You have the option for join game and host game. Click here to learn how to Setup a LAN Multiplayer Game.

3. Multiplayer Online: In multiplayer online, you need a Gamespy account to proceed further. You just need to make an account in Gamespy to access the game servers.

4. Options: In options you can view controls, graphics, audio, and game.

The Controls are given in the game. Some of the most used controls are: 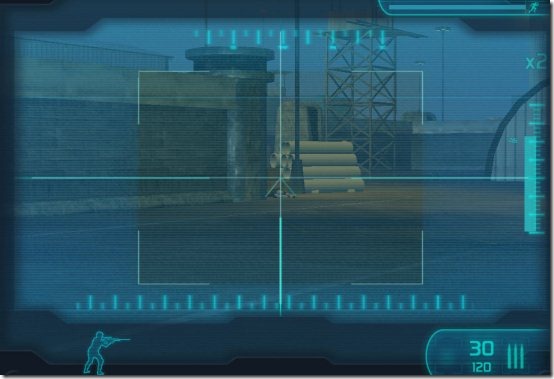 Get your hands on these future weapons and kill the terrorists. Use stealth tactics to take your enemies easily. Click here to play a fantasy FPS game reviewed earlier called Red Eclipse.