In Aerial fire your mission is to protect the world from terrorists and nuclear bombs. You are the pilot of the helicopter and you have to fire bombs as well as ride it. In every stage you have to escape and kill the enemies and reach the end to land on a helipad. Every level has different weather conditions to play and different enemies approaching at you. Make your way through the end and win the game to make high scores.

The download size of this game is just 17 MB. 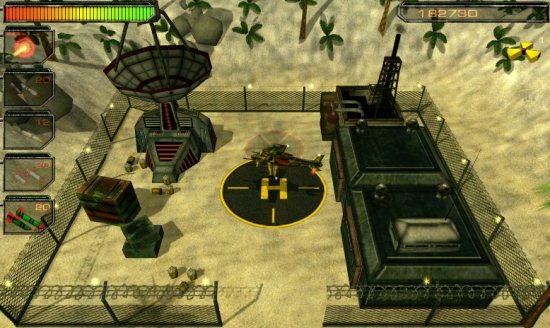 Aerial fire has 24 intense action levels and three different helicopters for you. The helicopters are: sky keeper, steel falcon, and red hawk. These helicopters differ in Speed and Armor configurations.

Initially you will be given Red hawk to play with and you have to start from first level. Then gradually if you reach the helipads of each level, then the next stage will unlock and keep checking at end of each stage for other helicopters that might have been unlocked. You have to defeat two big bosses to complete the whole game.

Gameplay: In the game you will be attacked by both aerial and land vehicles. Your aim is to shoot them and launch missiles at them. In between you have to collect special upgrades, powers, and repair powers; to keep going till the end. The missiles will be in the form of missiles floating in the air, and repair powers in form of spanners. The left part of the screen shows your health and missiles you have collected. The right side of the screen shows the special powers you have collected. Make your way through those missiles and sometimes you can’t even see anything except the explosions. We made highlights of the helicopter gameplay video for you to watch below.

The controls of this free helicopter game are: 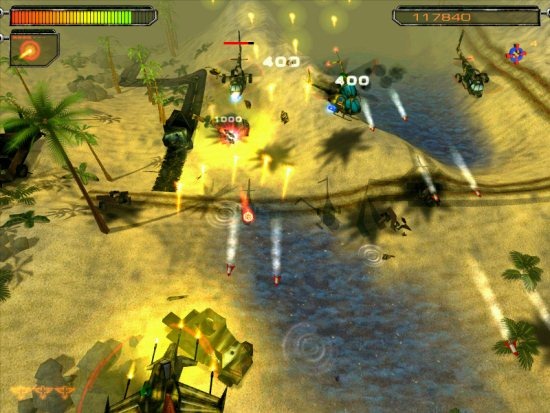 Aerial Fire is a fun and adventure game to play. The graphics and sound effects are so cool; that makes you feel as if you are in the field. You can also try: Strike force heroes or moon breakers online.