Actually, there are two free web applications named, “PhotoOxy” and “360 Photo Converter” which can help you do that with ease. You can simply open the homepage, select a photo which you want to convert, and then these web applications get the job done. You can then save or share the resulting 360 degree images. 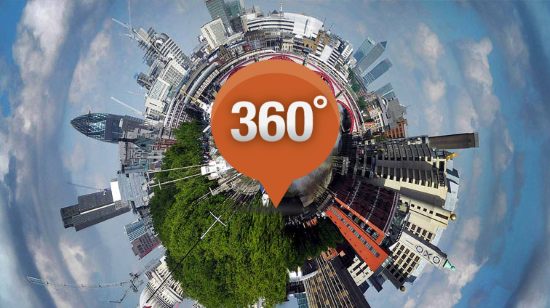 Let us get started with the web application and see how to use them.

How to Convert Still Images to 360 Degree Images using PhotoOxy:

PhotoOxy is a simple and free web application that can be used to convert still images into 360-degree images with ease. Follow the steps below to do the same.

Step 1: To get started, open the homepage of PhotoOxy and scroll down to the “Convert image to 360 degree online” section. There you will see a “Select Image” button which you need to click to proceed.

Step 2: When you click the button, it will ask you to choose the still image which you want to convert. Then you can select any image you want from your PC. Once done, you will be able to crop the image and then simply click on the “OK” button. 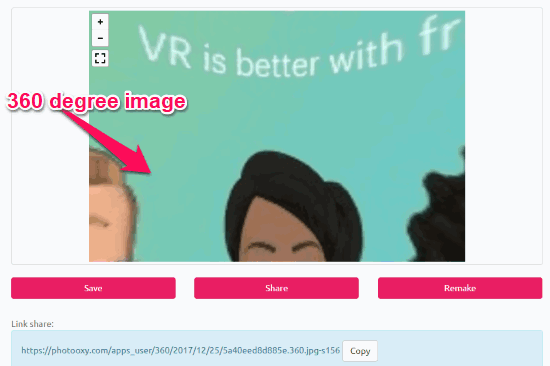 Step 3: As soon as you do that, it will automatically convert the still image into a 360-degree image. You can then save it as a JPG file and also share it with others using a unique URL.

How to Convert Still Images to 360 Degree Images with 360 Photo Converter:

360 Photo Converter is another free online application which you can easily use to turn still images into 360-degree images. You can follow the steps explained below to do so.

Step 1: First, go to the homepage of 360 Photo Converter and then you would need to login using your Facebook account. Once done, you can proceed and click on the “Select Photo” button to import the still image for converting. It supports JPG and JPEG files with maximum size of up to 10 MB.

Step 2: After you’re done importing the still images, simply click on the “Convert” button. When you do that, it will instantly convert the still image into a 360 degree image. You can then directly share it on Facebook or download it as a JPG file to your PC. 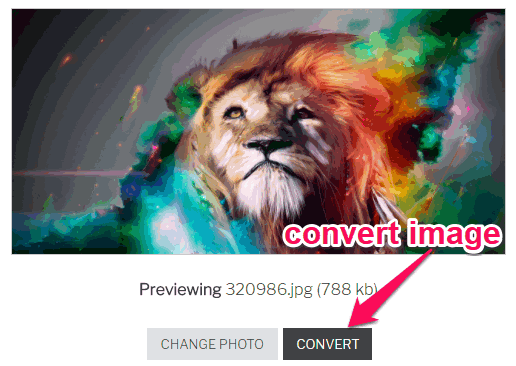 Try them out and let me know were you able to convert images.