Not only the Taskbar clock, but this software also adds a Windows 11 widget that adds an analog clock. You can see the time in that and when you switch to the secondary display then you can see the current time in system tray. The clock that ElevenClock software adds will bring the same calendar that pops up in the primary display.

The secondary clock added to the secondary Taskbar supports a few customization options. You can opt to show only date or only time there if you want to. It comes with an intuitive UI that you can use to configure it. 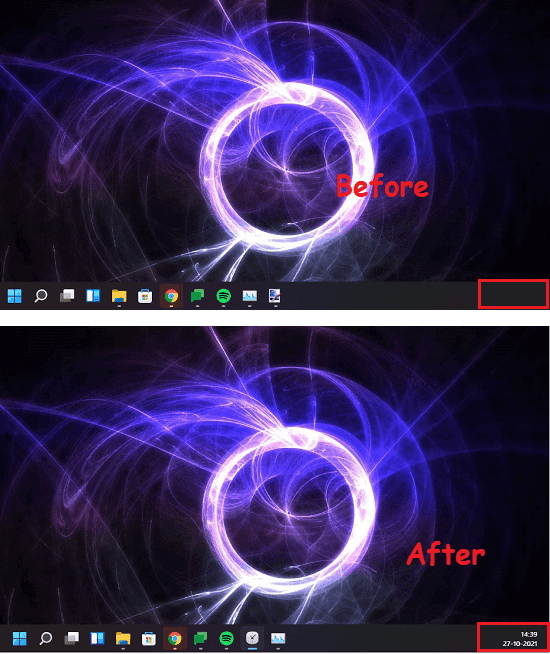 How to Add Clock to Taskbar on Secondary Display in Windows 11?

You can just go ahead and download ElevenClock from here. Extract the ZIP file and run the setup to install the software. If Windows Smart Screen blocks the installation, then make an exception and proceed further.

Now, when it has installed, its UI will show up and a clock will be added to the secondary Taskbar. You can see that in the screenshot below. 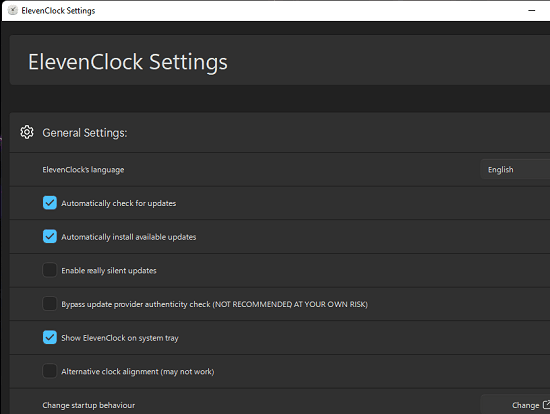 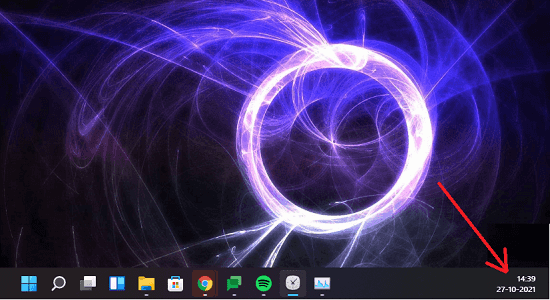 Apart from that system clock in the secondary Taskbar, it adds a beautiful analog clock as a widget as a Taskbar icon as well.

There are some clock related settings that you can tweak from the settings window. For example, if you want to see time only in the system clock, then you can check the options accordingly. Similarly, you can tweak other settings and changes will take effect immediately. 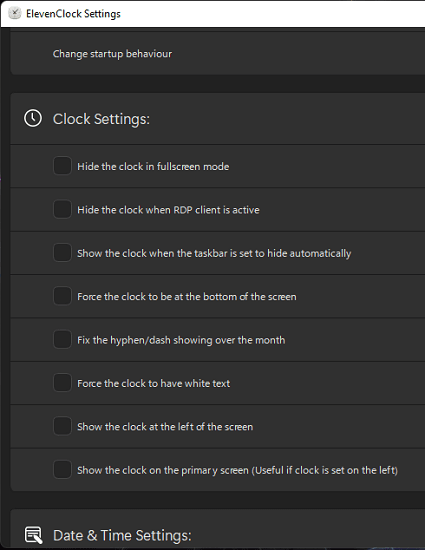 In this way, you can use this simple and useful tool to add a clock to the secondary display on Windows 11. Although, I am sure it will work on Windows 10 as well, I haven’t tried that. And you don’t have to run it every time system boots, it will run automatically. To remove the clock, simply exit the program by right-clicking on its system tray icon.

I am still not sure why Windows 10 and 11 don’t show system clock on the Taskbar on the secondary display. But with the ElevenClock freeware, you can do that in just a few clicks. This is a useful software for people who often work with multiple displays. So, give it a try and let me know what you think about it.