Let’s see these apps one by one in detail. 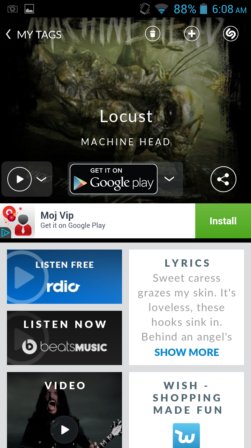 Shazam is a world renowned music recognition app with which you’re probably already familiar. You might have even used it at some point. App uses mic to pick up on the songs that are currently playing, or if you’re singing, it picks up on your singing, compares the waveform with its own database of music signatures.

If the recorded music sample was clear enough, Shazam won’t have problems finding the name of the song after doing waveform comparison. You’ll be presented not just with the name of the song, the artist name, but also with a link to the Play Store where you can buy the song that was found, and links to sites like YouTube to watch the song, if Shazam manages to find the song online.

Also have a look at Free Song Identification Software: Tunatic. 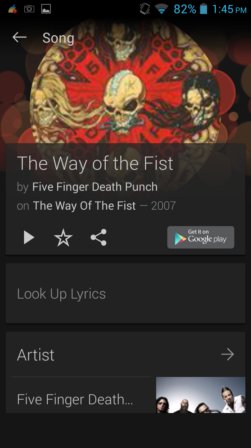 You tap on the screen, the app “listens” to the music from the radio, or it listens to you humming/singing and then you’re either given the name of the song, or a message telling you that the song could not be found. If a song is found, you’ll also be given links to its lyrics, Play Store page (so you can buy it), artist Twitter profile with recent tweets and more. 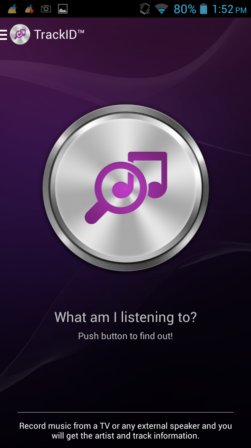 TrackID™ is a music recognition app created by the Sony Mobile Entertainment. When it comes to functionality, the app detected all the songs that I threw at her from the radio.

Where it might be a bit lacking is the amount of resources offered about the artist once that a song has been found. In TrackID™ you just get basic song and artist info. It’s great if you’re interested and simplicity, but for a bit more advanced functionality you’ll have to install one of the other 2 music recognition apps that I mentioned.

Also have a look at Soundhound for Android: Free App to Recognize Songs.

From the short list of music recognition apps that I mentioned above, the one that I enjoyed using the most was TrackID believe it or not. When it comes to music detection, they are were all about the same in their accuracy. TrackID I liked because it’s simple, but if you want more features, make sure to install either SoundHound or Shazam. They will give you lots more info about the detected songs, including social network profile content fetching (artist profiles), links to the songs, location tagging, etc.