Let’s see how they work exactly. 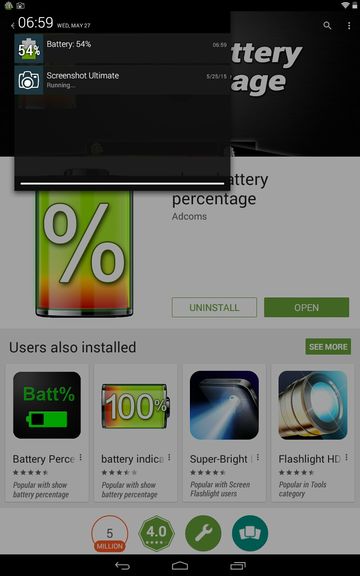 You can see how both the status bar indicator and the notification status are going to look like on the image above. You just need to make sure that you run the app after installing it, so that it starts displaying the percentage indicators. 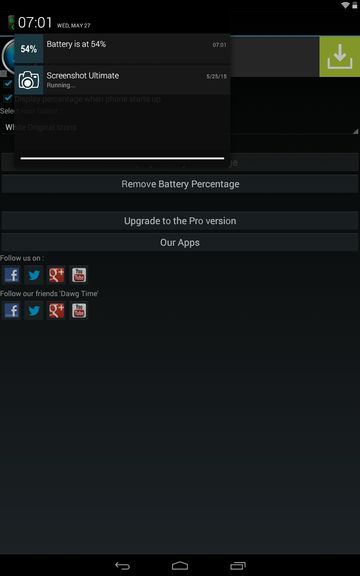 Battery Percentage by Wagwan Apps gives a bit more options that can be tweaked. You can for example change the color of the status bar icon and choose whether or not you want the app to run automatically at startup.

Indicator doesn’t have any kind of fancy graphics, but it’s informative and there’s also a notification with the battery percentage shown there.

Get Battery Percentage by Wagwan Apps.

Also, have a look at Analyze Battery Usage on Android: My Battery Drain Analyser. 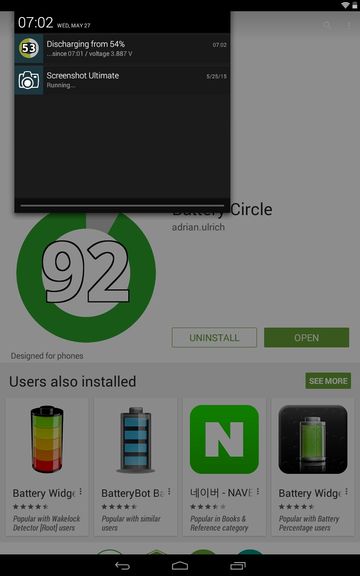 Battery Circle is perfect for everyone who wants something a bit different from the standard rectangular battery indicator. Like its name says, this is a circular battery percentage indicator. 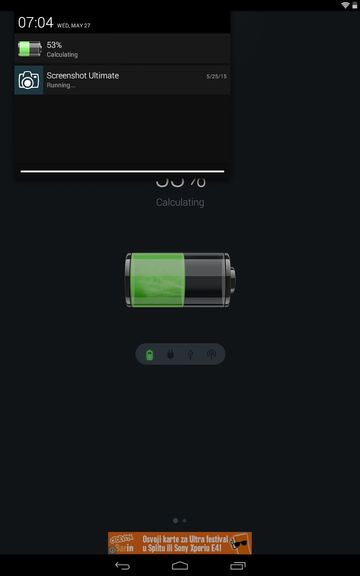 Battery takes it one step further when it comes to reporting back battery info. Just like all the other battery percentage apps that I covered up until now, this one too will also show both a status bar indicator and a notification indicator.

Running the app itself will launch additional info like battery temperature, voltages, health and technology used in the battery (like Li-ion).

Also, have a look at 5 Free Battery Saver Apps For Android. 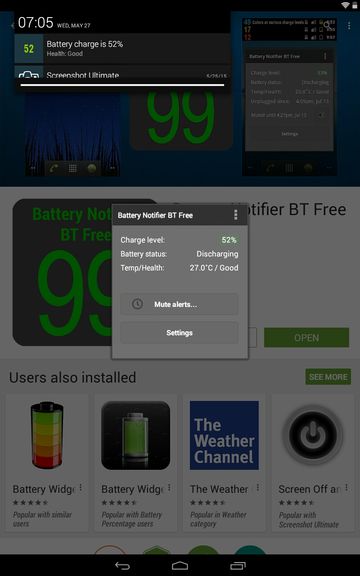 Battery Notifier BT Free is similar to the previously mentioned Battery, only it has a more streamlined interface.

So you can see what I was saying on the image above. both status bar indicator and the notification indicators are there. Notification even offers info about the battery health. The small window in the middle of the screen offers other useful info, like battery temperature, time since removed from the charger, etc.

Battery Notifier BT Free is great, it has everything that all the other battery percentage apps have, only it has a more smoothed out UI. Checkout other apps, they are also not that bad, especially Battery Circle, which is my second choice. Let me know what you think in comments down below.