Bad Piggies HD is a free Android game from the developers of Angry Birds. In  Angry Birds, birds used to hit the pigs. This new game is a way to let pigs take revenge from birds. This game is completely free for Android.

Bad Piggies is all new game pointing towards pigs in Angry Birds. In this game you need to make the pigs meet their destination point. The pigs in the game are after the eggs and your aim is to make the pigs eat the eggs. This is how pigs take revenge from the birds. 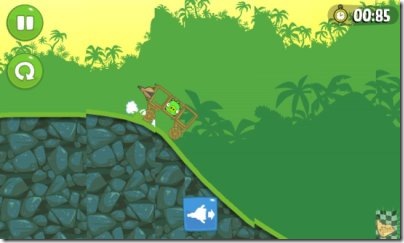 Bad Piggies is a simple game to play on Android. The game interface is similar to Angry Birds for Android. Also, the game includes more than 60 levels. Each level comes up with increasing difficulty.

The game version has 3 game modes which include Ground Hog Day, When Pigs Fly, and Sand Box. One additional mode is coming soon. Sand Box mode is locked. Play both the game modes and then you can unlock Sand Box game mode on your Android phone.

Bad Piggies provides HD graphics on Android. Also, this Android Bad Piggies game is a very heavy game which comes to around 35 MB. Before installing the game, ensure that you have enough internal storage on your Android phone.

Features Of Bad Piggies for Android:

Click on the link to download and install Bad Piggies HD game from Google Play Store. For direct download link, you can scan the QR Code below. 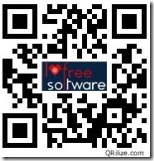 Bad Piggies game is a great game to play on Android. If you are fed up with Angry Birds game for Android; killing pigs through Angry birds, then give chance to pigs and play all new Bad Piggies game and take revenge from birds. Plan the way to make the pigs achieve their destiny.

For iPhone, check out Angry Birds Seasons For iPhone reviewed by us.