PhotoWonder is a free photo editing app for Android. This photo editing app also lets you add effects to photos. This Android photo editor app is one of the popular Android app in Google Play Store to edit photos and make them look good. 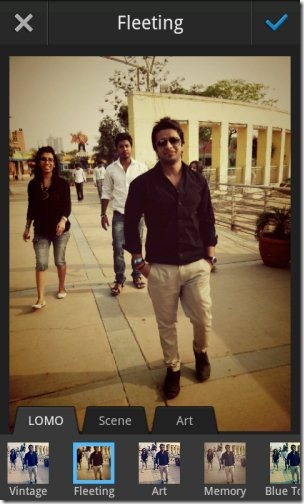 Let us discuss about each photo effect in this Android Photo editor App:

Editing the photos with this PhotoWonder app include adjusting brightness, contrast, and saturation. You can crop the image, rotate it, sharpen the image, and vignette. Just import the photos from your Android’s photo gallery and edit it on your Android with editing tools provided by the app.

Beautify effect in the app provides smart photo editing effects. Effects include sliming the image, larger eye, Anti-acne, better skin, Eyeline, blusher, and whiten. After importing the photo from your Android photo gallery or from your Android’s camera and just tap on the beauty effect to embed the effects in the photos.

Decorating the photos is one of the smartest feature of this Android photo editor app. It includes accessory, prank, sticker, and balloon. Accessories in the app include mustaches, specs, tie, caps, and much more. Prank includes kiss lips, eyes, tongue, and the like. Sticker include multiple stickers to paste on the photos. Balloon in the app includes the pop-up cloud of different colors, shapes, sizes with the text written as “hi”.

You can check out Photo Editor for Android reviewed by us.

Other Features Of PhotoWonder App:

Also, check out the post by us on Pixlr Express Android app.

Hit here to download and install PhotoWonder app on your Android. Else, you can also scan the QR Code image below 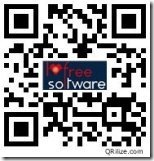 PhotoWonder app is the great photo editor app which I normally use to edit photos on my Android phone. I love the effects and decoration part of this Android editor app. After adding effects, accessories, editing photos with the advanced editing tools, the photos look as if someone has added life to them. Also, I liked the simplicity of PhotoWonder app for Android.