Pixlr Express is a free Android app to edit photos and give effects to them on Android. This Android photo editor app is truly a nice app with multiple photo effects available. The app brings you total four ways to give effects to photos which include adjustment, effect, overlay, and border.

It provides multiple photo adjustment tools such as touch up, focal blur, color splash, blur, sharpen, Denoise, red-eye, whiten,  and the like. Effects include unicolor, vintage, creative, default, soft, and the like. Likewise, there are multiple overlays and borders available which you can select and put in the photo which you select. 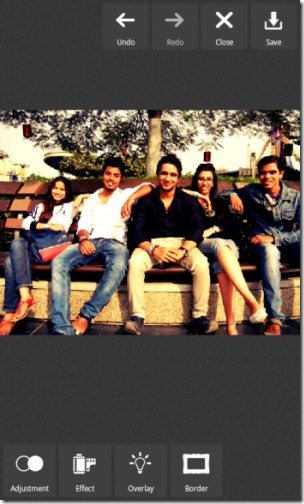 The good part of this Android photo editor app is that, it allows you to save the edited photo in three sizes, which include small, medium, and large. Now get the photos according to the size which you require and do photo art on your Android for free. On top of this, you can even share the photo with your friends and family directly from the app. 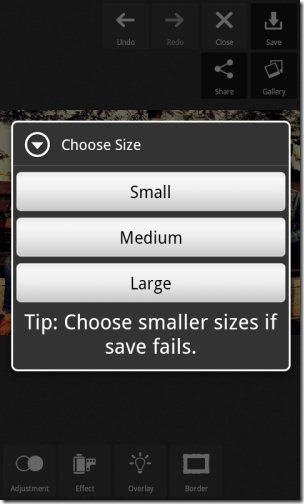 Also check out Pixlr-O-Matic app for Android reviewed by us.

Download and install Pixlr Express app from Google Play Store. If you have a scanner app installed, then scan the QR Code below and get the download link of the app directly on your Android. 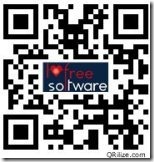 Pixlr Express makes your photo editing experience a wonderful one by giving your number of photo effects on Android.