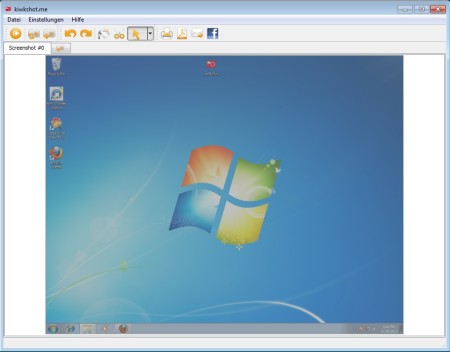 Image above shows us the interface of this free screenshot tool for Windows. At the top we have menus with options and tools while down below you can see a screenshot of the desktop which is automatically made as the application is started. When you first start KwikShot, next to creating screenshots by default, you are also gonna be offered with a four step wizard where you can create a screenshot, edit it, add text, and then export all of it as PDF via email.

One of the things that might be a problem at first when using this free screenshot taking utility would be the fact that the language of the interface is in German. You can easily figure out how to use the application just by using the icons, or if you understand German, you won’t have any problems at all. Here are few tips to help you get started.

How to Create Screenshots and Edit Them with KwikShot?

Screenshots, like we already mentioned, are created as soon as you start this free screenshot taking utility. After that you can start editing it by selecting the tools that you want to use from the menu at the top. 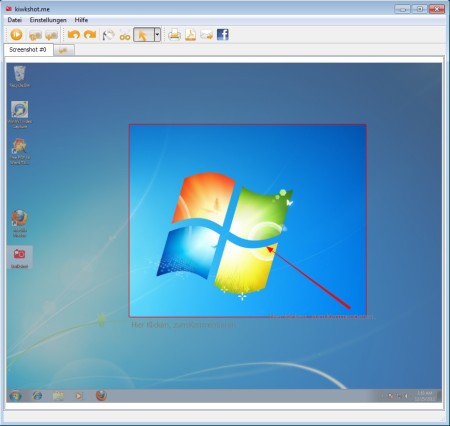 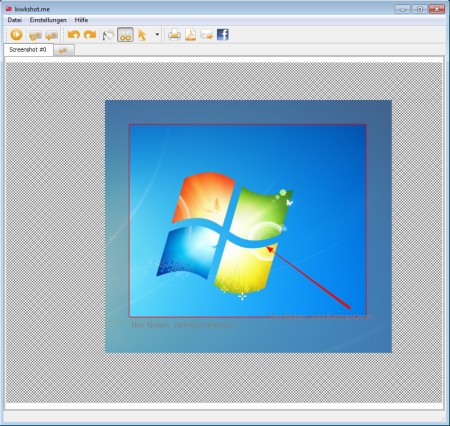 To cut an image you’re gonna have to select the scissors icon from the menu at the top. Once you do that, you can drag a rectangle and only that part of the image will be left.

KwikShot offers a lot of useful tools which you can use when creating screenshots. Keep in mind that this will only allow you to export created screen caps as PDF documents. You can’t save them as images, which is a drawback but also an advantage if you can only handle PDF documents on your computer. Try it and see how useful it really is.

Check out Grabilla, ScreenSnag, and Image To Link reviewed by us.