Here’s a list of 3 SSH client software for Windows 10 which you can use to connect to remote computers or computers within your own local network using the SSH protocol. SSH gives you console based access to Unix systems and is mainly used to remotely access servers for administration and maintenance. Client applications are used for establishing connection and can be found on all the major operating systems, including the newcomer Windows 10.

Bitvise SSH Client is an SSH client software that consists of two parts. First is the profile manager, which comes up after you click on the application icon. Profile manager is where you can configure the connection details (stuff like server host, port, authentication info). 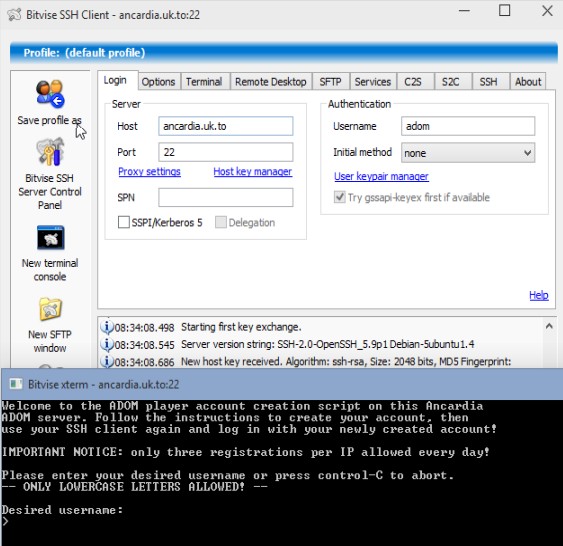 Use the tabs like “Options”, “Terminal”, “Services” etc. from the profile manager to configure everything in more detail. When you’re finished setting everything up, click on the Connect button from the bottom of the window to make a connection which start up the second part of this SSH client software, which the terminal emulator, in a new window.

Also have a look at 3 Free SSH Apps For Android.

PuTTY is probably the most popular SSH client software out there. It also has both an installable and a portable version that you can use and both of them work just fine on Windows 10. 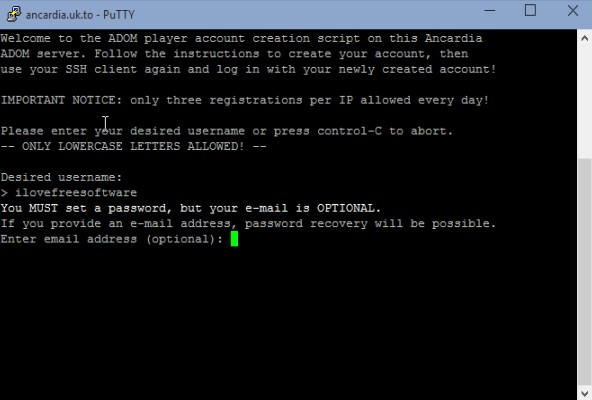 After running PuTTY, you’re going to see a control panel where connection profiles can be setup. SSH isn’t the only protocol that’s supported, you also get support for Telnet, Rlogin, Raw and Serial connections. Control panel lets you configure everything extensively. Once that you’ve setup a connection and connected to it, the terminal emulator window pops out and you can start administrating the remote computer. You can see it in action on the image above.

DameWare SSH Client is a tabbed SSH client software for Windows 10 where you can setup multiple SSH connections using tabs, the same way how you would have multiple websites open in modern web browsers. 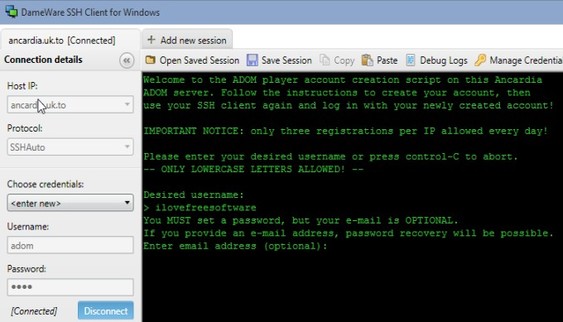 Connection details are setup using the left sidebar. To create a new connection, just click on the “Add new session” button next to the tab bar at the top. Once you connect to an SSH server, there’s a toolbar strip underneath the tabs that allows you to save the connection details, so that it’s easier to make a connection in the future. Unlike the previous two SSH clients, no new windows are open when a connection to the server is established. Terminal emulator is displayed on the right, see image above.

Also have a look at 3 Free SSH Clients For Google Chrome.

All three SSH client software that I talked about above worked great. I personally use Putty, so it’s my favorite, mainly because there’s a lot of options that you can tweak. DameWare SSH Client on the other hand has tab support which is great when multiple SSH connections have to be managed at the same time. Let me know which SSH client you like the most in the comment section down below.