Here’s a list of 5 charity apps for Android which you can use to donate to charity just by using the app. A lot of people are willing to help out and donate but sadly not everyone is able to do that, given the state that the economy is in. If you’re one of those who would like to help, but can’t afford to do with cash directly or you can make only small donations then you’re in luck.

Following list of make a donation apps are designed to allow people to help others, on small scale. 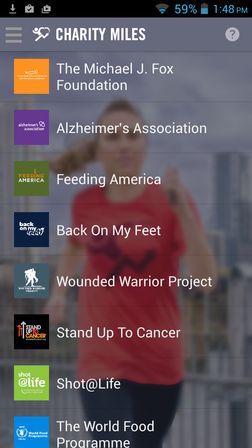 Charity Miles is a charity app for Android which will make a donation in your name based on the number of miles that you’ve gone through either running or ridding a bicycle.

The official rate at which charities are gonna be awarded donations in your name is 10 cents per mile for those who are ridding a bike, and 25 cents for those that run or walk. Charities that are supported to include Feeding America, Wounded Warrior Project, Stand Up to Cancer, Autism Speaks and more, see image above. App uses GPS to track your progress. To use it select a charity from the list, select either bike riding or running/walking and start doing miles. Each mile you make helps out a charity of your choosing, and it also helps you by making you healthier.

Give a Heart to Charity 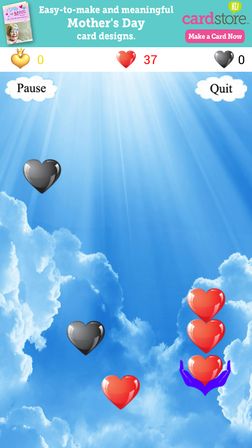 Give a Heart to Charity is a charity app where you can safely give micro-donations to a wide range of charities covering everything from animals, children, environment and disaster relief.

Donations are made using Paypal, and to help you keep track of everything, app records a transaction history so you can see to which organizations you’ve donated and how much. To make things even more fun, you’ll be given hearts, that you can then play with in a top down tetris-like game, see image above.

Get Give a Heart to Charity.

Also have a look at 3 Free Software to Donate Money to Charity, without Spending any Money. 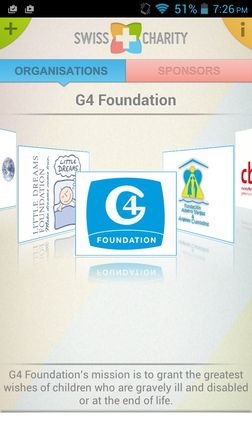 Swiss Charity focuses on charity on the European continent, as you might have guessed it from its name.

App collects donations using text messages. Just select one of the several available charity organizations and the app will give you one tap option for making a donation using the built in message app. 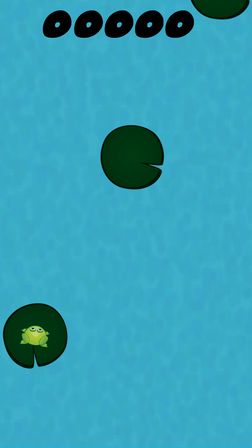 Leap Frog Charity Edition is a game that promises to donate 90% of the profits to charity.

Here you play a game where you need to jump with the frog through lily pads without missing any of them and the more you play the more money goes towards charity. Game collects money from advertisements.

Also have a look at Donate Money to Charity Just By New Tab in Chrome!. 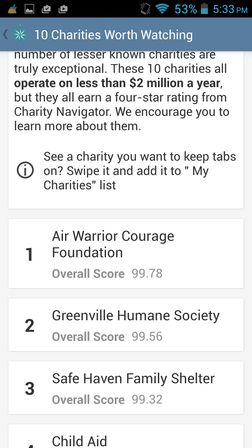 The last charity app that I’m gonna mention isn’t so much an app for making direct donations, as much it is a guide for you to find out which charities are worth making a donation, because lets face it, not all of them deserve your money.

With this app you’ll be able to read through information about countless thousands of charities (mostly US based). App gives you ratings on their transparency and effectives.

Charity Miles and Leap Frog are my favorites, although you can find a lot of charities that you can help using all the other charity apps that I mentioned. If you have a suggestion, leave a comment down below.