Here’s a list of 3 audio workstation extensions for Google Chrome which can be used for some quick, on the fly audio mixing and editing. Don’t get the idea that these extensions can replace actual desktop grade audio editing software or let alone actual audio hardware. They are simplistic, but still useful for those who are on the go and need to do some quick audio edits.

Let’s see what exactly it is that’s available for Google Chrome browser. 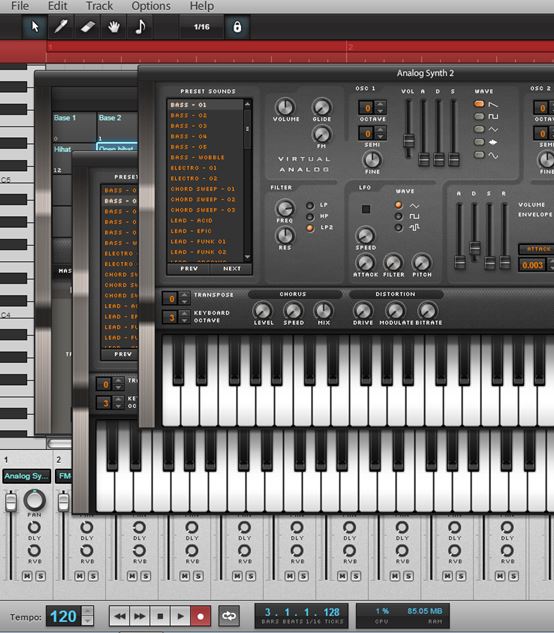 AudioSauna is a versatile audio workstation extension for Chrome where you can combine multiple tracks (FM synthesizer, analog synthesizer and samplers) into new compositions or you can alternatively import existing audio tracks (MP3 and WAV) and mix them instead of going at it from scratch.

Selection of mixing options is big. You can apply various filters, effects like distortion, bitrate and chorus, sampling is supported as well as panning, muting, solos, level adjustments and more. Interface looks a bit daunting at first, especially if you don’t have a lot of experience with these types of applications, but it’s not something that a little persistence can’t fix. Finished creations can be saved as WAV tracks. 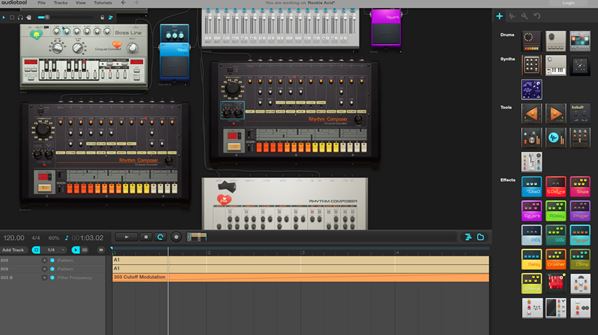 Audiotool lets you design an audio workstation of your own by combining audio components and actually connecting their outputs/inputs with cables (well virtual cables at least). Right sidebar has a selection of devices you can add to the mix.

Drums, synthesizers, amplifiers, large selection of effects and more can be added to the drawing board on the left via drag and drop and then connected with cables to create desired audio effects. Audio presets and loops can be accessed from the second tab of the right sidebar. Waveform analyzer is included which helps with audio track management. Import/export of the created audio tracks is possible, but you need to register an account to do that. 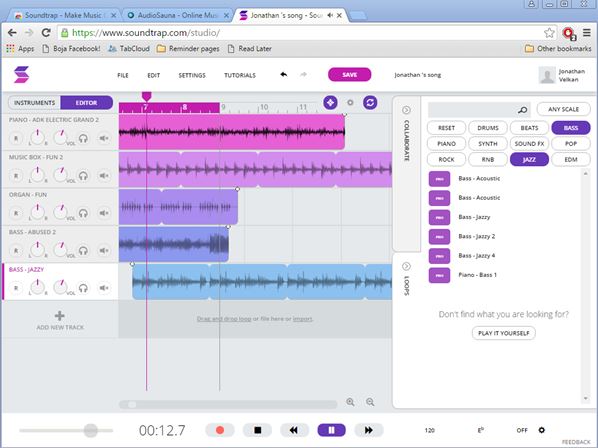 Soundtrap has a less complex of an interface than the one offered by the two previously mentioned audio workstation extensions. Right sidebar has a selection of loops, drums, basses, beats, synthesizers, pianos and other effects that can be added to audio tracks.

They can all be added to the waveform analyzer on the left and there mixed, cut, moved to create music. Each audio sample that you add gets its own track, see image above. Notice the nobs on the next to the tracks for customizing volume, mixers and so on. This app has support for recording microphone and line-in inputs of the desktop so you can record singing or playing instruments of your own if you wish.

From my testing of the audio workstation extensions list above, I can say that the ones that impressed the inexperienced audio producing user in me the most are Soundtrap and Audiotool. They are both very good for beginners, Soundtrap a little bit more so than Audiotool. It won’t take long for someone who never dabbled with audio production to cook something up using Soundtrap. AudioSauna has a lot of options, which is both a good thing and a bad thing if you’re looking for a simple tool for producing audio tracks. Let me know what you think by leaving a comment down below.