Here’s a list of 5 video joiner software for Windows 10 which you can use to join video clips using your Windows 10 powered PC. Video joining software can come in handy when you have a lot of short video clips, and you’d like to mash them all together so that they’re easier to watch (without switching between clips). Windows 10 is about to be released, so I decided to check which applications will run and let me join videos on the freely available Windows 10 Technical Preview.

Let’s see what I found. 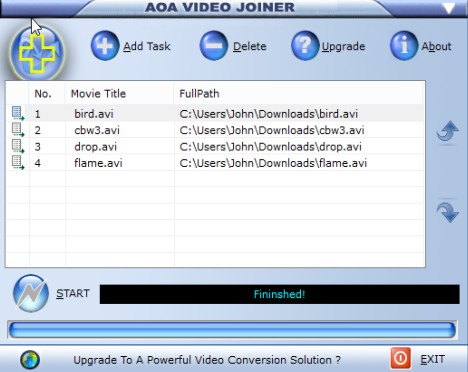 To join videos, they first have to be added to the list using the “Add Task” button. Don’t forget to tweak the order in which they’re going to be joined using the up/down arrows on the side. When you’re done with the setup click on the Start button to start joining selected videos. Output format is AVI. Be careful during install because AoA Video Joiner tries to install toolbars. 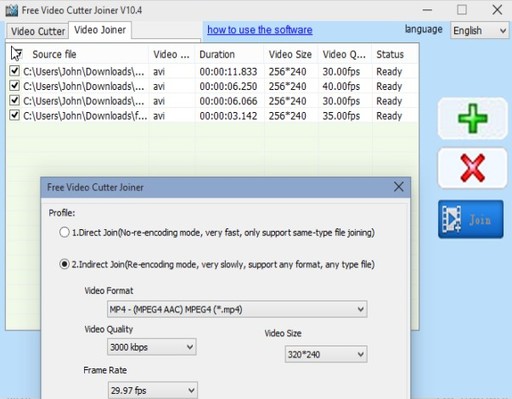 Free Video Cutter Joiner brings both a video joiner and a video splitter, all rolled up into a single app. The two functionalities are hidden behind tabs in the top left corner of the screen.

Joining videos using this video joiner software is very easy. Use the plus button that’s located in the sidebar on the right to add files you want joined to the list. Once you’ve done that, go ahead and click on the Join button. This opens up a settings editor, where settings of the joined output video can be tweaked (codec, quality, videos size, audio quality, etc.). Once that settings are tweaked, click on the “Start Join” button to start joining the selected videos.

Also, have a look at 5 Free Video Cutter Software. 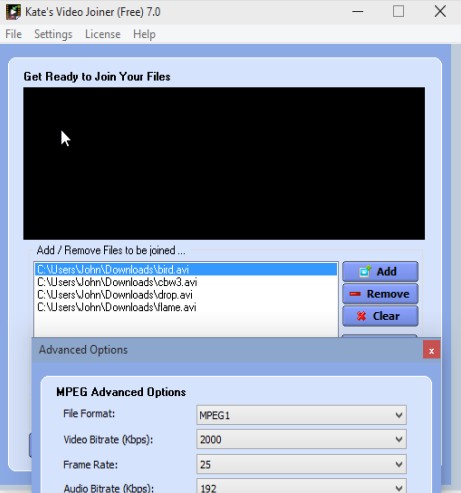 Kate’s Video Joiner Free is a much more polished up and feature rich video joiner software. It’s better than the two previously mentioned applications because it offers more control over how videos are going to be joined.

Order of videos that are being joined can be tweaked, and so can the codec settings of the output video. Video preview is possible to see how the joined video is going to look like before actually joining selected clips. Supported formats include AVI, MPG, MPEG, MPV, WMV, ASF, MOV, 3GP, 3G2, MP4, M4V and FLV. 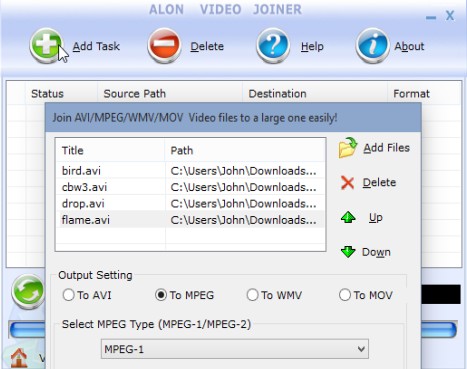 Alon Video Joiner also gets my praises, for it’s a very similar to Kate’s Video Joiner. They only thing that’s missing are video previews, but everything else is pretty much the same.

Unlimited number of video clips can be joined, and you get to change their ordering and tweak output format settings. It’s very easy to use and understand. 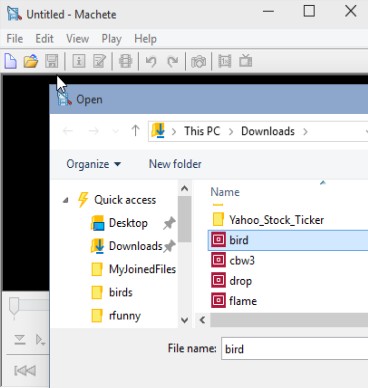 Machete Video Editor Lite is an actual lightweight linear video editor, but isn’t so advanced that you’ll have to spend hours getting familiar with all the options.

Option that interests us is the “Insert video here” from the toolbar in the top left corner of the screen. It will allow you to load up additional clips and join them with the main video file that you open.

Alone Video Joiner and Kate’s Video Joiner Free are my favorites. They are easy to use, but not so easy that you lose functionality, like the ability to change ordering of the video clips that are being joined. Machete Video Editor Lite is for those looking for something extra. Let me know which video joiner software you liked the most using comments down below.