Here’s a list of 5 lottery number generator apps for Android. They can be used to generate lottery numbers when you’re buying multiple tickets, but you’re running out of ideas which numbers to use. Even though the biggest lottery jackpot was recently won in the United States, these apps can come in handy for the next one. Let’s have a look at what kind of apps are available exactly.

Lotto Number Generator Free is a lottery number generator app for Android that has country specific lottery settings for generating lottery numbers. What this means is that there’s no need for tweaking the number of balls (if 7 or 6 if them are drawn), number ranges, whether or not the numbers are repeatable and so on. 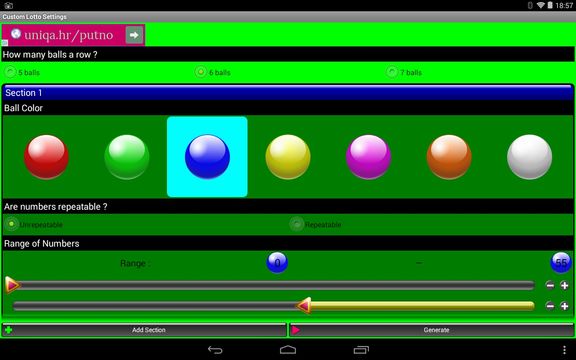 USA, Canada, EU, Australia, New Zealand, China, Japan and Taiwan based lotteries are supported this way. For other countries there’s the “custom” setting option, the one shown on the image above. Here the user defines lottery settings before tapping on the “Generate” button to start generating the lottery numbers. 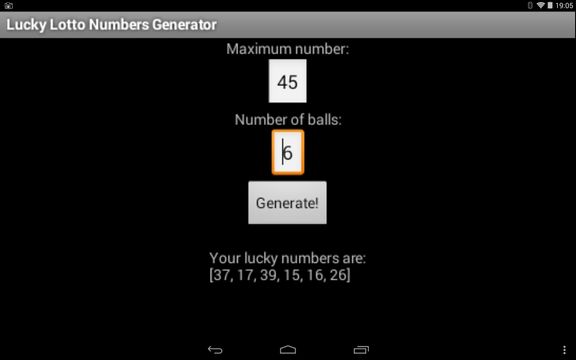 Here users just need to set the maximum number to be drawn and the number of balls before tapping on “Generate” to start generating the lottery numbers. “Lucky” lotto numbers are shown down below, underneath the settings.

Also have a look at 5 Horoscope Extensions For Google Chrome.

Lottery Number Generator is the most graphically demanding app out of all the lottery number generator apps that I tested here today. 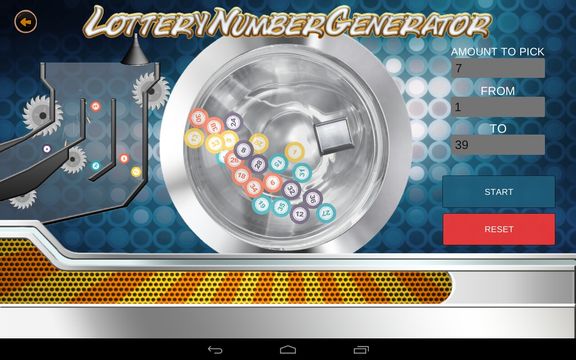 After starting the installation I wondered why exactly does this app require 20MB of storage. Things became clear after launching the app. Lottery Number Generator is actually a 2D game, where there’s an actual spinning wheel, and balls get randomly picked. Settings are available for tweaking the highest number and the maximum number of balls that are drawn.

Get Lottery Number Generator for Android.

Lottery Numbers Generator by ARC Apps is another lottery number app for Android. It has a very slick interface, and it lets you generate highly customizable lottery numbers. 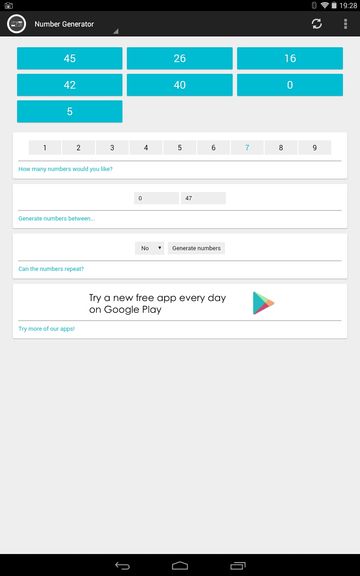 It has settings that make this app suitable for lotteries of any country. User can pick how many balls, range of numbers where numbers are picked, whether or not they can repeat, the usual. Tap on the Generate button lists the numbers at the top of the app.

Also have a look at 5 Free Software To Generate Random Numbers.

Private Lottery Machine increases the user involvement in picking out lottery numbers in a unique way. 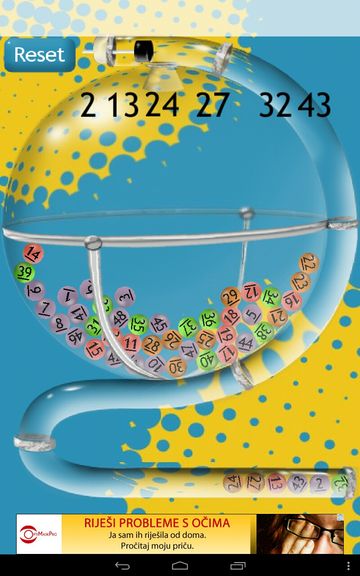 Before drawing numbers you’ll be offered to shake the device in order to mix up the numbers in the spinning wheel. Once your done, tap on Draw to start drawing numbers. Country specific presets are available (Northern America and most EU countries), as are custom settings for the number of balls and number ranges, in case your countries lottery settings are not on the list. Definitely a very interesting lottery numbers Android app.

From the list of lottery number generator apps above, the ones I liked using the most are Lottery Number Generator by ARC Apps and Private Lottery Machine. Mainly because they offer the best mix of simplicity, advanced features and fun, in case of Private Lottery Machine and its shake the device to generate numbers functionality. Comments are welcome. Leave them down below and let me know what you think, which apps of this sort do you use.