Here’s a list of 5 bike racing games for Windows 10 which you can use to have fun by playing bike racing games on your Windows 10 powered desktops, laptops and even tablets. Games that I focused on are mostly desktop games, not the apps type of games found in Windows Store. I also mainly focused on arcade style bike racing games that are smaller in size, without very demanding hardware requirements. That way these games can run on most systems, even those that don’t have the latest and greatest graphics cards. Wide range of game types are covered. There’s super bikes racing, dirt bike racing, ATV racing and so on. 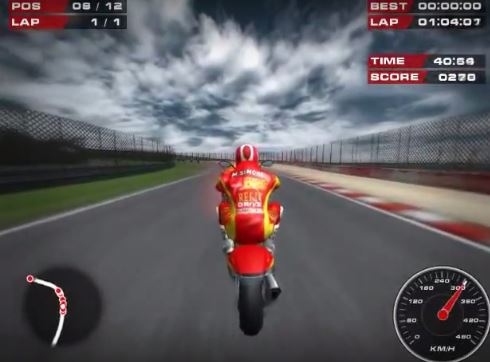 Super Bikes is a very small but very fun bike racing game for Windows 10. It lets you race professional motorcycles on circuit race tracks. Game graphics are as good as you could expect them to be on a ~50MB sized game.

Controls and the interface are very similar to those of the more advanced bike racing games. Use the directional keys to accelerate, slow down and of course turn left/right. Game lets you participate in quick races, the so called practice mode, or you can alternatively start paying in “Time Attack” mode where you play against the clock and try to beat your best scores. Performing stunts like wheelies will earn you points, which are also important when it comes to climbing on top of the leaderboards. 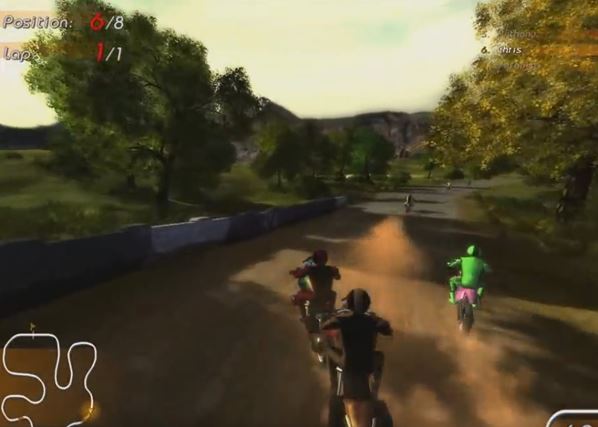 Motoracing is a free bike racing game for Windows 10 with a completely different set of tracks and bikes from the one found in Super Bikes. Instead of having professional racing bikes and tracks here you’re driving some sort of dirt bike/racing bike hybrids and the tracks consist mainly of dirt roads out in the country.

Game has a career mode that you can play. In it your goal is to end up first in the championships. Graphics and the audio track are decent, for a small arcade type of game. Controls are the usual, directional keys for movement, plus Space for brake and Tab key for jumping (stunts). Next to championship mode there’s also Quick mode gameplay which is perfect for practicing.

Also, have a look at Motoracing: Free Bike Racing Game. 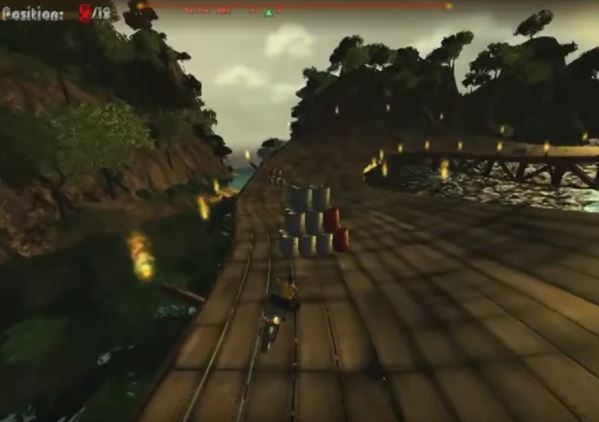 Extreme Motorbikers offers a weird bike racing experience. I’m saying that because the game is a mix between bike racing and Mario Kart. Tracks spiral all over the place, including up into the air, and it’s possible to fall off of them. They also contain various obstacles, like the barrels that you can see on the image above, random holes, explosions, etc.

Career mode lets you open up new tracks and go up against new threats on the road. Progressing through the game consists of winning cups. Multiple user profiles can be created, meaning that multiple users can play and save their progress on the same installation. Graphics are nice, controls the usual. Note that it takes some time getting used to game mechanics, but once you do you’re in for a lot of fun. 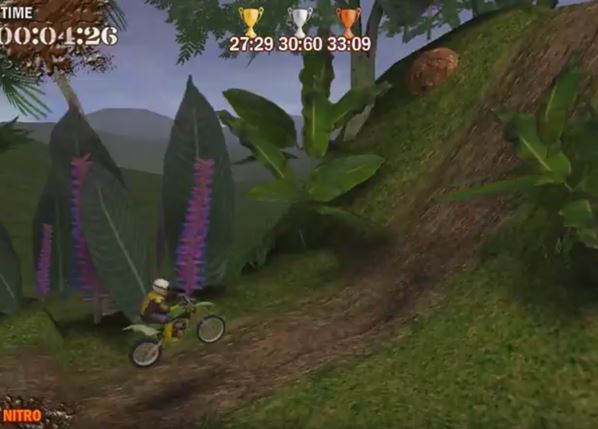 Trial Motorbikes is an extremely lightweight clone of Trials Evolution, which is a very popular game on Xbox and Windows. Game is basically a side-scroller. Player views the bike from the side, and needs to drive it through hills, ramps and various other obstacles.

Directional keys are used for acceleration, braking and maintaining balance. Goal of the game is to keep the bike on both wheels, or on one wheel (without flipping completely over). Career mode is available that lets you open new levels. Game is fun, although the graphics are a bit lacking in quality.

Also, have a look at Free Bike Racing Game For PC: SuperBikers. 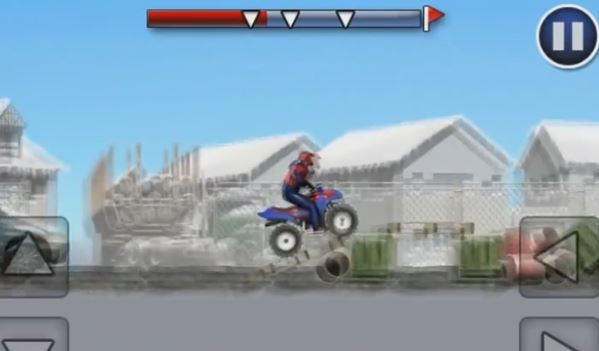 For the last game on this list I decided to switch things up a little bit and include a game that lets you drive ATVs. Like all the other free bike racing games for Windows 10 from this list, ATV Extreme Winter is very simplistic, without advanced graphics, or anything like that.

Gameplay is similar to that of Trial Motorbikes, which is why I like it. The only difference between the two is that while in Trial Motorbike you drive a two wheeled dirt bike, in ATV Extreme Winder you drive an ATV, and also track locations are somewhere in snowy mountains. To win and clear a track you need to make sure not to tip over while finishing the track as fast as humanly as possible. This game might not look as good as Super Bikes, but it’s very fun to play.

Playing the bike racing games from the list above was very fun. I especially enjoyed playing Motoracing and Super Bikes. What I really like about these games is the fact that because they don’t have high hardware demands, they should work on almost every Windows 10 device out there. Let me know what you think by leaving a comment down below.