The write-up talks about 5 best start menu replacement software for Windows 10. As the freshest version of Windows out there, Windows 10 represents possibly the most comprehensively reworked Windows ever. From core functionality to visual aesthetics, everything has been changed. And a perfect example of those changes is the brilliant new Start Menu, which is not only good looking, but includes features like transparency, live tile categories, and things like that. But even then, there might be users out there who want to have something different.

If you’re one of them, you’re in luck, as there is a whole variety of great start menu replacements for Windows 10 out there. These include goodies like pinned applications, enhanced search, transparency, and the ability to add custom programs to the menu. Can’t wait to find out more? Let’s take a detailed look at 5 best start menu replacement software for Windows 10. 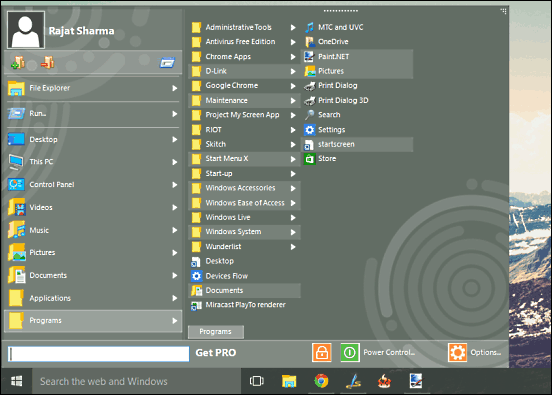 Easy to use and fully customizable, Start Menu X is a solid alternative for the default Windows 10 start menu. The program sports a familiar look, similar to the start menus of previous Windows versions, and automatically sets itself as the default start menu on installation. Start Menu X has a dual pane interface, with the first column showing primary items and locations such as programs, control panel, library folders, and the search bar. The second column is mainly used for displaying secondary items and sub-folders, like administrative tools, windows accessories, and stuff like that. But that’s not all. Start Menu X contains shortcuts that let you quickly add (and remove) items to it. Then there are features like configurable keyboard shortcuts, themes, and automatic highlighting of newly installed programs. Find out more here. 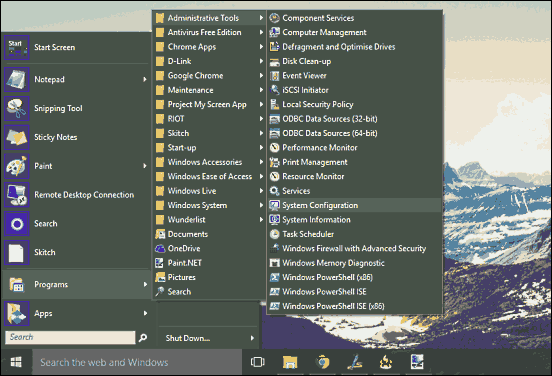 The best thing about Classic Shell is that it’s much more than just an alternative start menu for Windows 10. Granted, it’s primarily intended as a start menu replacement, but apart from that, Classic Shell also makes some useful tweaks to both Internet Explorer and Windows Explorer, thus making them work even better. Although, if you don’t want these extras, you can choose to have only the start menu installed during the setup. Post installation, Classic Shell’s Start Menu is set as default, and can be invoked via the Start button (as well as the Start key on the keyboard). The menu is extremely simple, with a dual pane interface. The left pane includes shortcuts to items like programs, pinned items, and contains the search bar too. The right pane consists of shortcuts to library folders, control panel, run prompt, as well as the shutdown options. To sum it up, Classic Shell’s start menu may not be the most customizable one, but it works extremely good for what it is. To know more, visit this link. 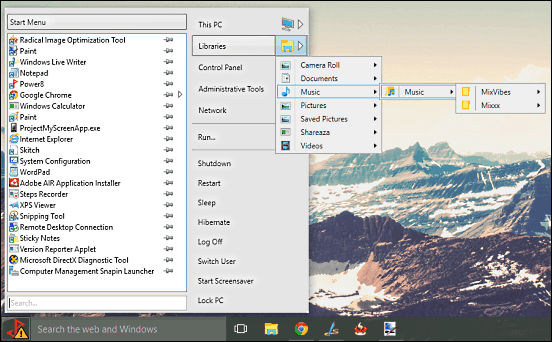 Want a robust start menu replacement software for Windows 10? Look no further than Power8. The versatile start menu alternative comes with the familiar two-pane look of the start menus of previous Windows versions. The primary pane contains a comprehensive listing of often used applications and some other important programs. These items can be pinned to the start menu permanently for quicker access. In addition, the primary pane also consists of the search bar, as well as a wide Start Menu button on the top which can be used to view the All Programs list. The secondary pane includes shortcuts to library folders, control panel, as well as options such as sleep, hibernate, log off, and shutdown. Power8 is incredibly customizable, and you can tweak everything from auto start to monitoring of removable drives. 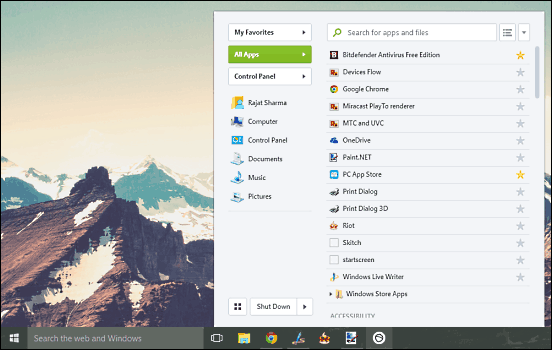 If there’s a Windows 10 start menu replacement application out there totally different from the others, it has to be Pokki Start Menu. That’s because it doesn’t actually replace the default Windows 10 start menu, but works alongside it. Yep, you read that right. Pokki Start Menu is actually a program that creates a custom start menu that works with the default start menu just fine. Sporting a stunning user interface (with dark and light themes), Pokki Start Menu primarily lists the most used programs, fetching the information from the default start menu’s list of recently used programs. Scroll down a bit, and you’ll see sub-folders like accessories and administrative tools, along with the items they have. Each of these can be starred, which means they can be quickly accessed from the Favorites sub-section. The left side includes shortcuts to locations like control panel, libraries, and the shutdown menu. And since it’s Pokki, you can always browse for and install tons of useful applications to make this thing even better. To know more, click here. 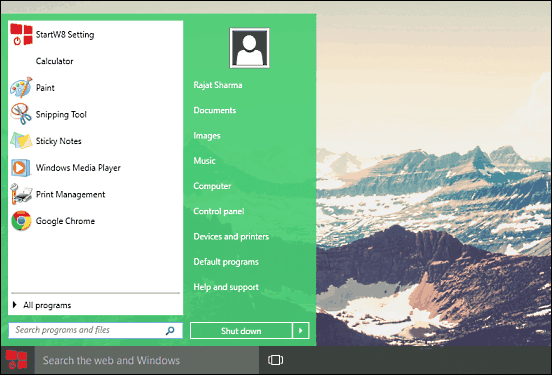 Don’t want all the fancy options and would rather have just a simple and straightforward alternative to the Windows 10 start menu? StartW8 is exactly what you need. Probably the most basic (and also the most realistic) looking start menu, StartW8 has just the right number of features, and nothing that shouldn’t be there. The dual column UI lists the recently used programs on the left, whereas the right pane consists of shortcuts to important system locations such as control panel, library folders, default programs, and things like that. StartW8 also lets you tweak things such as the default behavior of shutdown button, and the menu items to be listed. You can even change the menu transparency and color scheme. Click here to find out more.

The start menu of Windows 10 is simply great, having all the features that a user might expect, and then some more. However, if you’d like to try some alternatives, the above discussed programs should come in really handy. Take them for a spin, and let me know your thoughts in the comments.