IPL is an official IPL T20 2014 Android app, launched by the Board Of Cricket Control For India to keep you updated with the entire action of the ongoing Pepsi IPL T20. The app has everything what is needed, right from the latest actions, to scorecards, player stats, match stats, match schedules etc. The app brings you a simple and easy to follow interface, with features like Hawk Eye Analysis, and  new layouts that can even make your wide tablet screen look smaller.

A country where the game of cricket is arguably the most praised religion, IPL T20 can be considered as the most loved festival. With the augmentation of Pepsi IPL T20 2014, people have been ready to catch the actions of the most popular format of the game. With the IPL hooters buzzing everywhere, it’s hard even for the cricket atheists to avoid the latest IPL action. A lot of things have been going missing in this year’s IPL, there is no Pune Warriors, no Sachin Tendulkar and no over flooding Indian cricket stadiums. But this app makes sure,that you certainly do not miss even an inch of the action, that is why they have launched this Android app which keeps the entire IPL story under your finger tips. 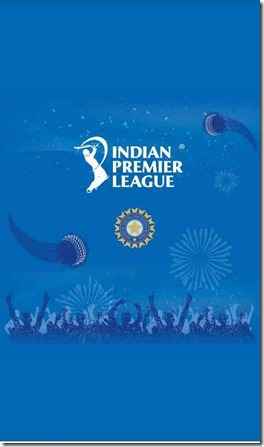 Mark my words as I say “The app is supercool” . It brings you the fastest scores, commentary, analysis, team standings, news and video allowing you to experience the chills of the Pepsi IPL T20 on the go. Though the app is specially tailored for the IPLT20 2014, but you can also gain access to team India, Domestic Cricket, and Champions league T20 from the links inside the app.

The home page of the app shows you the match scores of the last match. On that score, scroll Left to see the score summary of the match prior to that, and scroll to the Right to view about the next match. You can obviously tap on the match info to see the stats and analysis. Apart from this, the home screen also displays the team standings, latest news, and videos. 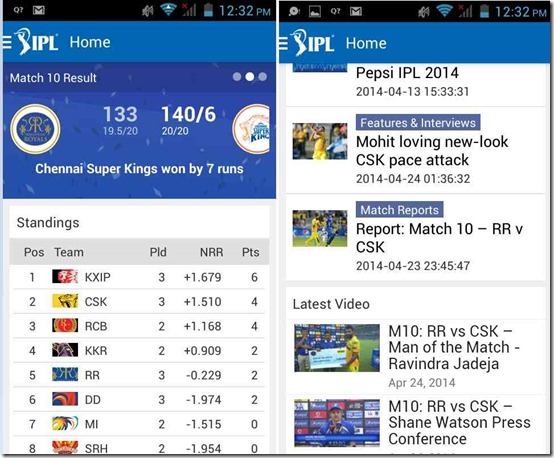 No! that’s definitely not all of it that this app offers you, just tap on the IPL logo appearing on the top left corner of the home screen of this app, and see the rest of the features for you. You will be able to view following categories:

The categories need a bit of a detailing, so I am going to specifically stress on this part of the app in my next segment of this review. For now, just remember that you can gain access to each of these categories with just a tap on the IPL logo of your home screen.

Keep a track of scores with this free Android app.

Features of the IPL App Detailed

Schedule: Tap on this option to view the match schedule of the remaining matches. The match number, date, venue, and time of each match is summarized in this window. Tap on any to view the details. The details include the countdown timer to the next match, a brief about the condition of the team, and the timings and venue details. 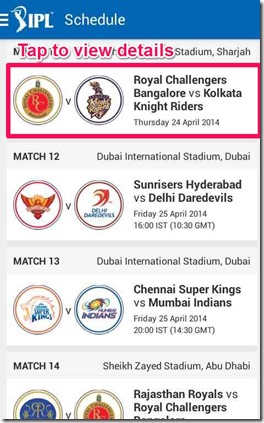 Result: The results shows you the summary of the scorecard of the last matches. Just tap on one to see the overview of the match. The overview shows you the final scores, ball by ball updates, and the comments. The result can be detailed further by tapping on the IPL logo. Once you tap on the IPL logo, a few more options will be visible at bottom of screen, like: Scorecard, Hawk-Eye, Team Lists and Match Details (Tap on any to view the details). 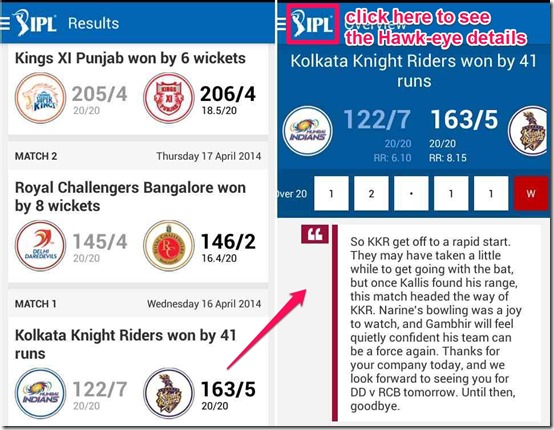 News: Simply what the title says, it displays you the IPL news. The first window shows you the summary, tap on it to read the full news. 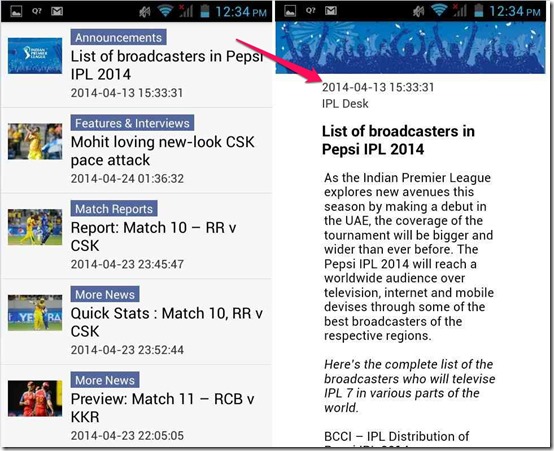 Videos: Be it the stupendous last match innings from “Sir Ravindra Jadeja”  or be it Gayle’s explosive innings of hitting a ton in 31 balls, you find all of those videos here. Tap on the video to view it or download it on your phone. 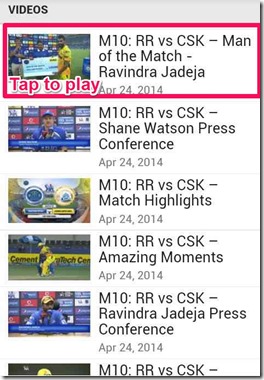 Photos: If IPLT20 is a festival, then what do the people like to see in a festival? Yes! he pictures. See the match by match images of your players in action over here. 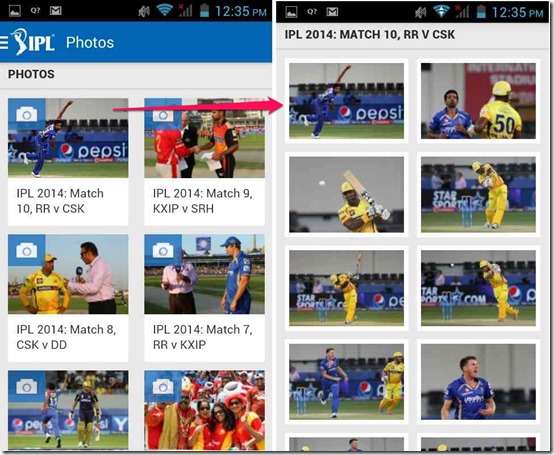 Teams: There are 8 teams in Pepsi IPLT20 2014, when you click on the option you see the logos of the team. Tap on any to see the team details, player stats (the current season and the entire IPL career). 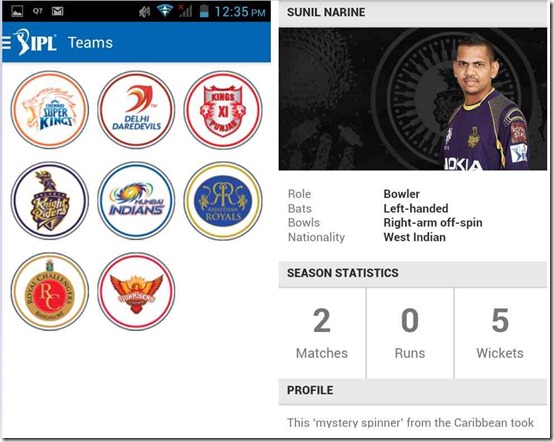 Stats: Who has the “Orange Cap” (leading run scorer)? who has the Purple cap (leading wicket taker), which player has hit the maximum number of boundaries in this IPL season? Instead of asking your friends, open this app on your phone. Tap on the stats option and view it yourself. 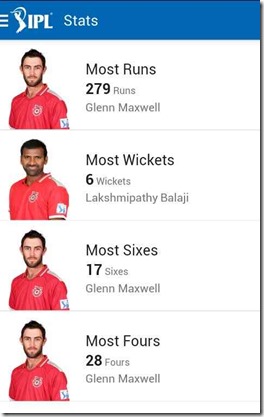 Social: IPL is not complete without the “tweets” and the “pulses”. All of us likes to see those small questions appearing on the screen and the tweets that have been made about the match. Now catch all of it here. 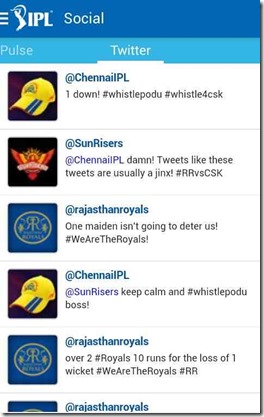 Apart from all of these you can access the domestic cricket actions and the latest updates of Champions League T20 from the BCCI and CLT20 links provided here.

I am a hardcore cricket lover, and the day I miss on the match details, I feel depressed. So putting this in a jovial manner “the app is a remedy for many such depressed peoples out there”. Jokes apart, install the IPL app on your Android and catch every action going on in this IPL Season.

Get Free IPL App Here Or Scan the QR code below.