Criculator is a free Android cricket scoring app that lets you record cricket scores of matches. You can record complete scores, runs of every batsman, overs, etc. You can configure the app that how many overs will be there in the match, names of teams, names of batsmen, and names of bowlers. You can even configure number of players in teams.

Your Truly was recently made umpire of a cricket match. I maintained the scores in traditional manner: keeping track of the balls by having 6 stones in my hand, and asking couple of spectators to note down runs in a notepad. However, that wasn’t the most elegant way, and the first thing I did when I returned home was to find a nice cricket scoring app for Android.

As expected, there are very few apps in this niche, probably because cricket itself is not popular in many countries. However, I found enough to serve my purpose. And Criculator turned out to be one free great cricket score recording app for Android. 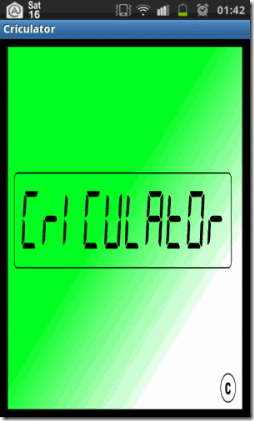 How to Record Cricket Score on Android:

Criculator makes it quite easy to record cricket score. Once you have installed the app, you are greeted with a  simple interface that asks you if you want to start a new series, or continue existing series. If this is your first match, you would need to choose New Series. After that, you will be asked to specify number of overs and number of players. You can customize these to any number that you want. 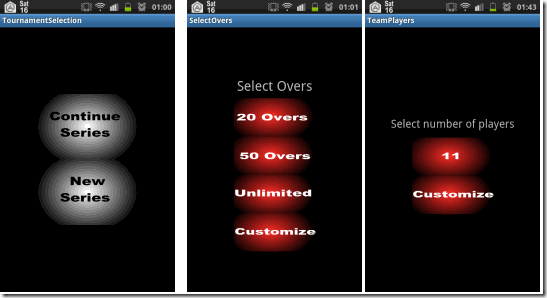 After that, you can specify which team won the toss and what did they elect to do (batting / bowling). Then you will be asked to provide names of first two batsmen, first bowler, and name of second team. Once this is done, you can start the match. 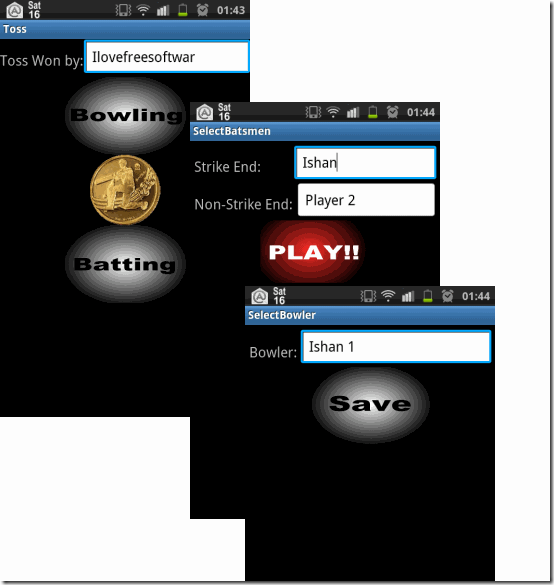 Now, you will see the interface as shown in screenshot below. If you use this app to record cricket scores, this is the interface that you would spend most of your time on. In this, you will see various scores. Whenever a bowl is bowled, just click on number of scores that were taken in that bowl (if no scores were taken, still click on zero). 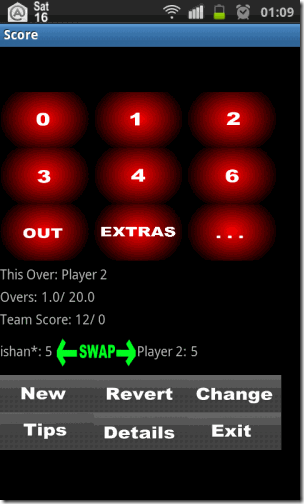 This clicking of the scores does multiple things:

One of the best features of this app is that it automatically manages which batsman is on strike, based on number of runs scored. So, if you click on one or three scores, it will change the strike automatically. Of course, it also lets you manually change the strike by clicking on “Swap” option, as you can see in screenshot above.

Once the first team has completed their innings, this app will start recording scores of second team.

If you are a big fan of cricket, you can also check out websites to watch live cricket free, or setup cricket scores ticker on PC, or watch cricket scores on mobile with Cricter.

This cricket scoring app for Android is pretty good. The features are well thought of, and customization options (regarding number of overs, players) are useful. However, the app is a bit rough around the edges. It crashed on me once (so, all the data was lost), and sometimes clicking Back button exits you from the app, instead of taking you to previous screen. Nevertheless, this is a pretty useful app for maintaining cricket scores in any casual cricket match.