Culmination is an online sword fighting game available for free. Culmination game developed by sun studios, is an all in one game of exploration, fighting, and action genre.

In culmination, the hero of the Earth is provoked by his king and the fallen hero is at the lowest point. Guide the hero through those dark places and culminate his desire to fulfill the destiny. You have to fight those dark villains, who rise from the ashes on your way and perform special stunts to complete the levels. Go through this adventurous journey and win special awards too.

Culmination is a sword fighting game in which you are armed with wings. The game has smooth movements and combat fighting mode involved for more action. You can make special moves to kill your enemies or to climb walls. This sword fighting game shows messages of your shadows to confuse you, just go through them and press [A] to skip them. The game gives you the feel of a 3D platform though it’s a 2D side scrolling game; with lots of graphics in it. The landscapes and the background designs give a rich gaming experience; though the game is available for free. The game is small, comprising of 15 levels in total and two difficulty levels: normal and hard. You need to complete the normal difficulty level to unlock the hard level. 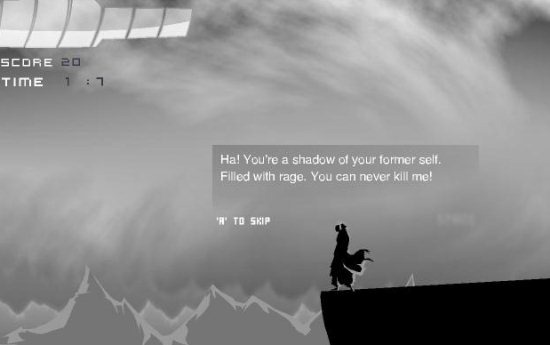 Click on the single player to start playing Culmination and you are forced to choose normal level. In the initial stages, you will be given a little training on how to play and you will be guided with a visual display of controls to use. The controls are: arrow keys to move your character and [WASD] to make fight moves. Use [A] to strike, [S] for double strike, [D] for power strike, and [W] for ultimate strike. Use up arrow twice to jump high or use up arrow continuously to climb walls. In the beginning, only [A] will be unlocked for making your sword moves. As you keep killing the special moves will be unlocked depending on the number of enemies you keep killing. You can use the combination of [WASD] to make special moves like the one shown in below screenshot. 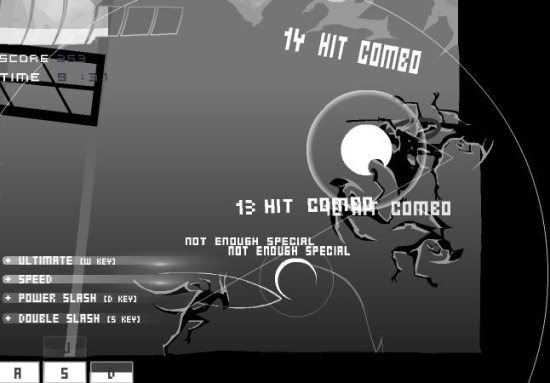 In between you can collect health, which look like small glowing bubbles in the air; to fill your health bar. To complete every level you have to fight those enemies, who rise from the ashes or escape from them and reach the checkpoint; which looks like a large glowing circle. Both of them are shown in below screenshot. You can earn special awards too by completing stages without dying, completing normal level, killing all enemies, etc.

Culmination is a complete combat mode sword fighting game and surprisingly available for free. The sound effects also suits the game because most of the time they sound like sword effects. You can also try similar games like: Island Runner and Stealth Bastard.