Island runner is a 2D scrolling mode game sponsored by Playville. Try this alternative for Temple Run online and have a different experience in running on an island. Get high scores and unlock new characters to start running on the Island. 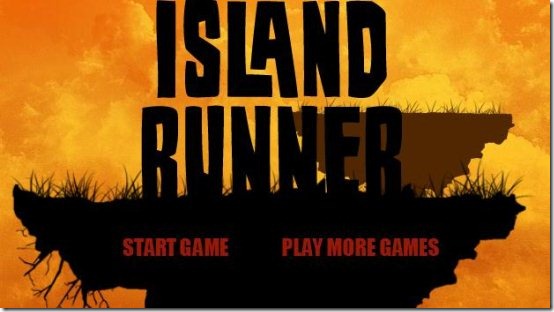 How Island Runner Is An Alternative Temple Run Online:

Temple run is a famous 3D game on Android and iOS devices available for free. In Temple Run you have to run from a temple with the precious treasure. You will be chased by demon apes to kill you and you have to jump on a broken path and collect stuff in between to score more. Temple Run is fun to play just to score high and nothing else; yet very addictive. Now this Temple Run Online alternative is similar to the Temple Run. You have to run on a broken island and collect special powers. Another aspect of this game which makes it an alternative to Temple Run online is you play it just to score high and compete with other players score. You can even unlock other characters to give a bit change to the look of the game. The more time you spend in jumping on the island, the more points you will get and more money.

As soon as you enter the website, it will take some time to load the game. That will happen for the first time only, though. After loading, just click on Start Game and then you will be asked to choose a character. In the beginning, only two characters will be unlocked for you out of eight. The characters are: Ben and Kandi with average speed, average luck and hundred percent score. If you want to unlock other characters then you have to score well and come back to unlock other characters; which have different combinations in terms of speed, luck, and score. Below is a screenshot where I unlocked the rest of characters by scoring and playing number of times. 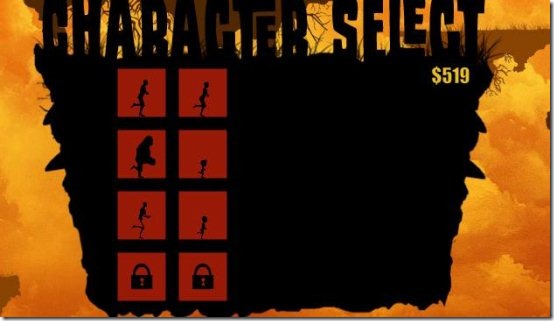 Just enter the game with one of those characters and start jumping. Use [Z] key to jump, you can hit [Z] twice to jump higher and longer. Use [X] key to move fast in front direction; this is quite useful when there is gap and you are still in air. When a gap comes and you have already used your jump once, then try hitting jump again or hit [X] button to land safely on the island accordingly. Collect those question marks in between to earn bonus points or money or some scary upgrades. If you fall down then you will see a screen showing distance covered, cash earned, and final score. There you can submit the score to check the scores of the day, week, and all time scores. Then if you click on try again you will be back to select character window; if you have enough money then you can unlock other characters. 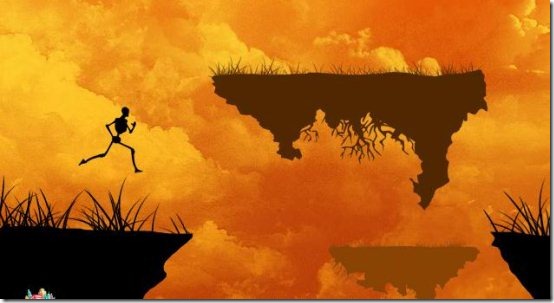 Island Runner is a good game to play and have fun. Once you start playing then you will be involved in playing and unlocking the characters. You can also try this new Android game Angry Birds Star Wars.