Here is a list of 5 best free 4K video players for Windows.

Do note that even though these media players support 4K videos, but playing a video uninterruptedly also depends on the FPS and other things available in a video.

So, let’s start with the first 4K video player available in this list. 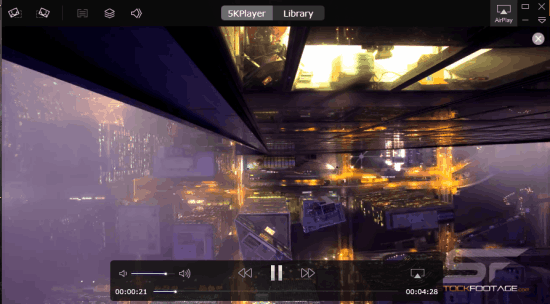 5KPlayer is a new and a pretty powerful video player in terms of playing the HD videos. Apart from playing 4K videos, 1080p HD videos smoothly, it also lets you play 5K videos, which is the biggest advantage of this player over other players.

Apart from this, you can also convert 4K and 5K videos (or I say video songs) to MP3 and AAC. This media player also includes AirPlay streamer and Radio. The features are really fantastic and it could be your best 4K video player. 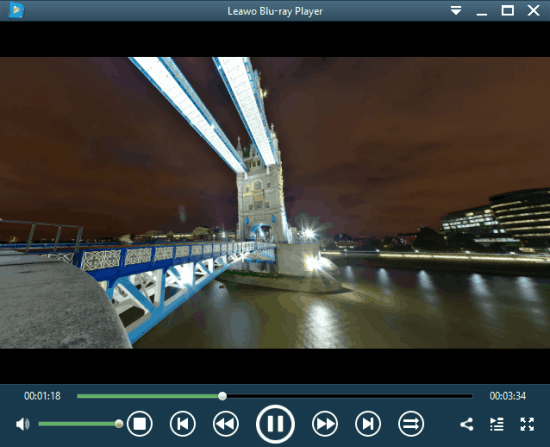 Another fantastic player that can play 4K videos, blue-ray DVDs and HD videos is Leawo Blu-ray Player. I really like the theme of this player, which makes the interface elegant. This player also supports dozens of video and audio formats.

A unique feature that comes with this player is “battery saver”, which is handy when you are watching a movie in your laptop.

Apart from this, there are a lot of options in Settings that you can customize. You can associate files to play with this player, set subtitles color, size, font, allow or disable hardware acceleration, adjust display refresh rate and more. The interface is also user-friendly. Overall, I must say, this gives a good competition to other 4K players available in this list. 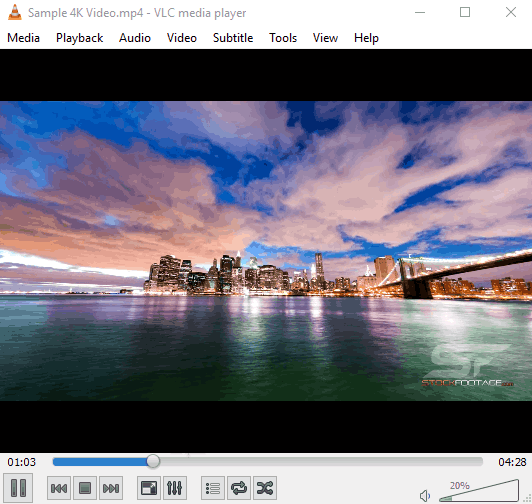 We should not be surprised if our favorite VLC Media Player is in the list of 4K video players. VLC player has already been updated to easily and smoothly play 60 FPS 4K videos. You don’t have to adjust settings to play 4K videos.

However if, for some reason, you face trouble while playing a 4K video, then:

Go to Tools → Preferences → Input/Codecs and check if Hardware-accelerated decoding option is set to Disable or not. If it is not, set it to Disable mode, save changes, and restart VLC. Then, you will be able to play 4K videos supported by VLC. To read more about VLC media player, click the below link: 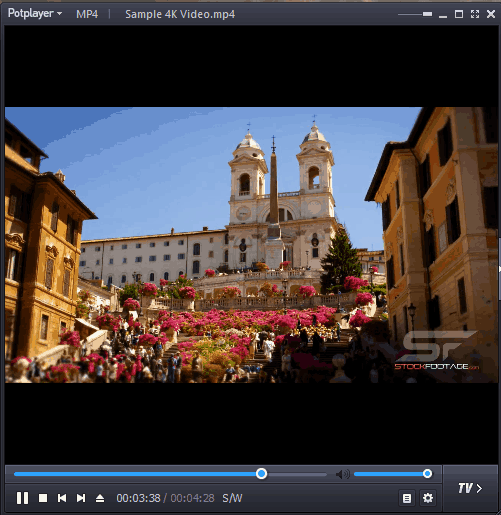 Potplayer gives direct competition to VLC media player. It is so because this player has the vast number of features and can also play 4K videos easily. Potplayer and VLC player can’t compete with Leawo Blu-ray Player. The reason is that a sample 4K video which played in Leawo Blu-ray Player smoothly was lagging in VLC and Potplayer. So, Leawo player beats both of these players in the aspect of playing 4K videos.

However, it is also a fact that VLC and Potplayer have tons of other features, which you won’t find in Leawo Blu-ray Player. Potplayer brings screenshot capture, can play 3D videos, supports different types of 3D glasses, and more. 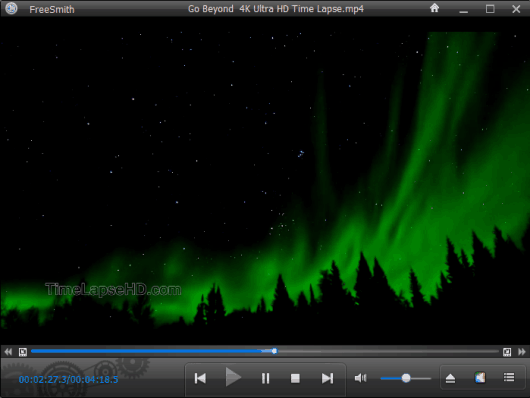 FreeSmith Media Player is another free media player to play 4K videos. It doesn’t have tons of features, but better than many other players which can’t play 4K and other HD videos.

There are some interesting features that you can use. For example, you can adjust video brightness, saturation, hue, contrast, capture the screenshots, sync audio, and subtitles, etc. So, this player is perfect for those who need a 4K video player with all the important features.