There can be situations where you need to share system audio with the participant in the meeting, Maybe, you are showing him.her some video clip from your PC via screen sharing and similar situations. In those, circumstances, you can quickly share system audio in a couple of clicks and I will show you how. To do that, all you have to do is just tweak audio input and output device settings. After that, you are done and you can always un-share system audio as well as whenever you want in the same way you enabled in the first place.

Many people might not be aware of the fact that Skype has a built-in feature for screen sharing now. And with the help of that feature, you can now share your entire screen or a specific window. Not only that but the screen sharing feature has an option to enable sharing system audio as well. This is what you can use during meetings in situations where you have to share system audio. And you can do that in just a couple of clicks.

To share system audio using this method, you have to first start a video conference. In the participant’s video section, you will see the screens haring icon on the bottom right side. You can see the screenshot below. 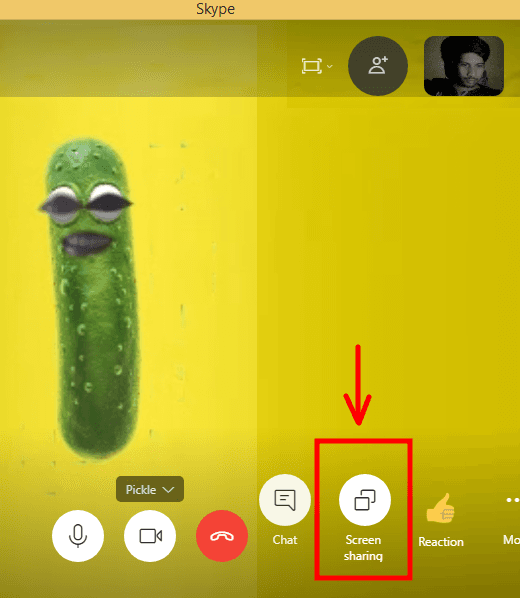 Now, it will open the Screen Sharing windows where you can specify whether you want to share the entire screen. Or, you can even opt to share a specific application window. Along with all this, you have the option for “Share computer sound” in the bottom center position. You just need to enable it and then you are done. The system audio will now be shared with the participants in the Skye meeting. 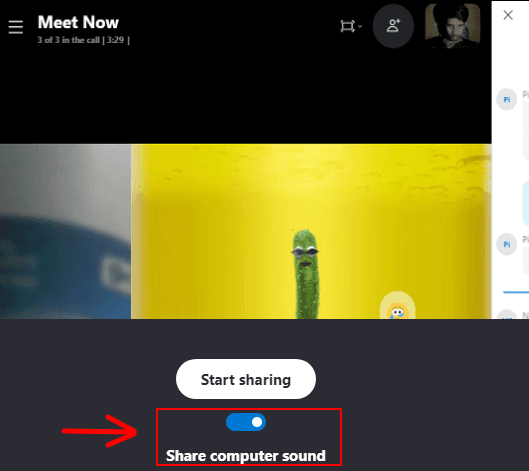 Above, you can see how this simple built-in method can help you share system audio on Skype. You just have to use a few clicks to enable it and you can disable it in the same way. Now, let’s look at another option to do the same thing.

VB Cable is a free software for Windows and after installation, it creates virtual audio devices in your PC. Another feature of the software is that it can route the output audio line to input audio. And that’s what we can use to share the system’s audio in a Skype meeting. Basically what will happen is this software will route the system audio or the output audio device to input audio device that is the mic. So, another person will hear the routed audio and it will be like you are sharing your system audio.

In the very beginning, you download this software from the above link. Install it by running he set up the file with administrator rights. Next, you have to restart your computer for some changes to effect and reload drivers. After restarting, you have to open sound properties and then make VB Cable as default audio input and output device. 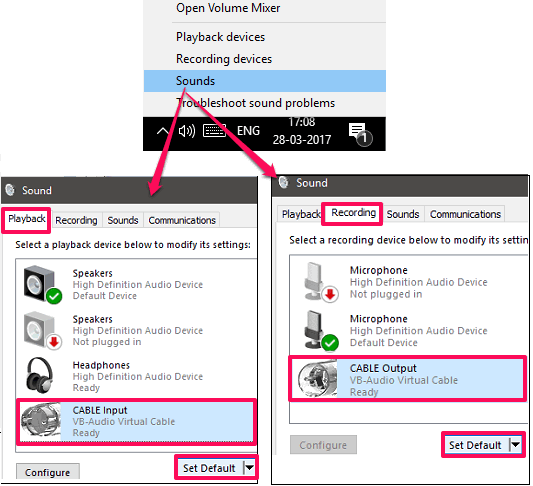 Now, it is time to start a video call on Skype. You can chat on Skype as usual and whenever you want to share system audio, you just have to select VB Cable as the device for audio input. Skype lets you quickly change audio devices and you can easily do that from the settings. See the following screenshot. 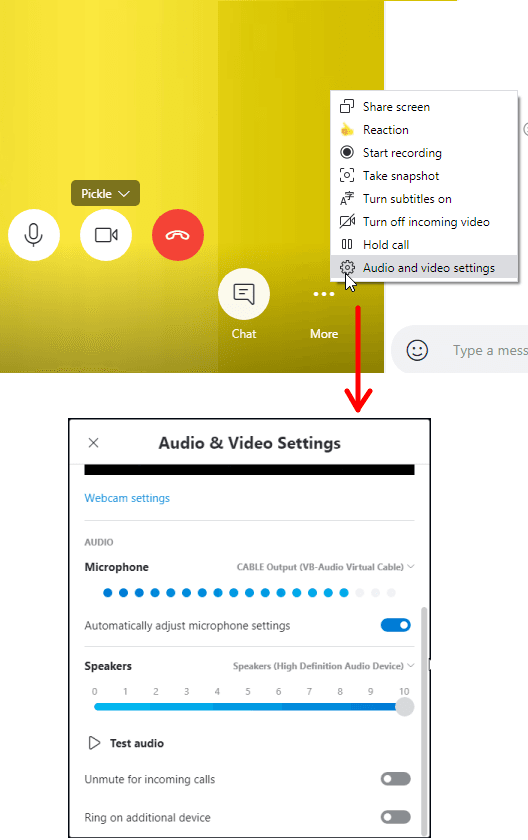 This is how you share system audio on Skype using VB Cable software. This is simple and it works perfectly even in the normal video calls. You can quickly change the audio device settings back t gain control of the mic. And not only this bu VB Cable software has other uses as well such as recording PC audio.