Just play the music or video on your favorite media player installed and control the equalizer with this lightweight Equalizer app. The app lets you adjust the volume presets, bass boost, and virtualizer on your Android. 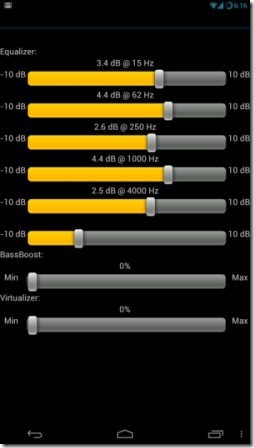 With this Android Equalizer app, you can easily keep the control on all the media players installed. You just have to store the volume presets and it will remain the same for the all the player apps installed. This takes away the hassle of repeatedly controlling the volume of media players. Just play the music in any player and you will hear the same volume level and bass level on your Android.

Note: According to the app description in Google Play Store, this Android Equalizer app does not support all Android devices. It causes error on some Android devices. I tested the app on a few different Android phones, and it worked well.

We have reviewed a similar Equalizer app for Android earlier too, but that one is more complicated than this.

Features Of This Android Equalizer App:

Download and install Equalizer app from Google Play Store. Else, you can scan the QR Code below and get the direct download link of the app. 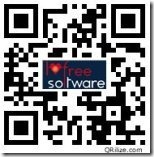 Equalizer app lets you control the volume of all the media players installed in one go. Now, play the music in any player and no need to adjust the equalizer specifically for any one player. Just control the volume globally on Android.