The popular VLC Player is now available for Android too. You can now download VLC absolutely free from Google Play Store. VLC Player for Android is in Beta version right now.

With VLC player for Android, you can play media files which includes video and audio files on Android. VLC Player app is an official Android app from VLC developers. The interface of the player provided on Android looks same as PC version of VLC Player.

On launching the player on Android, it automatically imports all the video and audio files which you can play in VLC player. You have to wait for a while after launching the player, as it takes some time to import the media files when they are many in numbers. 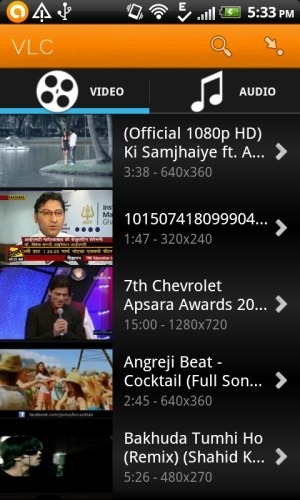 VLC Player for Android has easy to use options. You can easily change the size of the video which suits or fits the best on your Android screen.

Also, the player has a lock button at the left bottom of the player. Clicking on that should lock all the controls of VLC Player. But when I tried to lock the controls, it didn’t work. On tapping the lock button, the player shows the control locked message, but actually when I tested, I found the control remains unlocked. Hopefully, the issue may be fixed in the final version of the upcoming VLC Player.

Apart from this, the player supports almost all video and audio formats. The player even has a smart search button which can be useful in case of long list of media files on your Android.

Features Of VLC Player For Android:

You can also check VLC Direct app to stream media files between computer and Android. 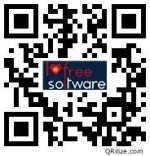 I really liked VLC media player when I installed it on my Android phone. But for some unknown reason, few selective videos were not working properly when I played them on Android VLC Player. It might be a temporary issue or might be because the player is in Beta version right now. I played the same videos in MX video player for Android, and the videos worked fine. You can check out VLC Player on your Android phone too and then if you find some issue, then let the developers know about the issue.