Albumin 3D is a free image organizer and viewer for Linux and Windows where you can create photo albums and then browse through images added to the album with nice looking 3D transitioning effects. Three different effects are available, and most of the popular image formats are supported, excluding JPEG, which surprisingly didn’t make the cut.

Screenshot below shows us only the Albumin image organizer, more precisely, this is where you’re gonna create photo albums. The only button that’s clickable in the left sidebar is the Create new album, because at first, there’s no albums where you can setup images. 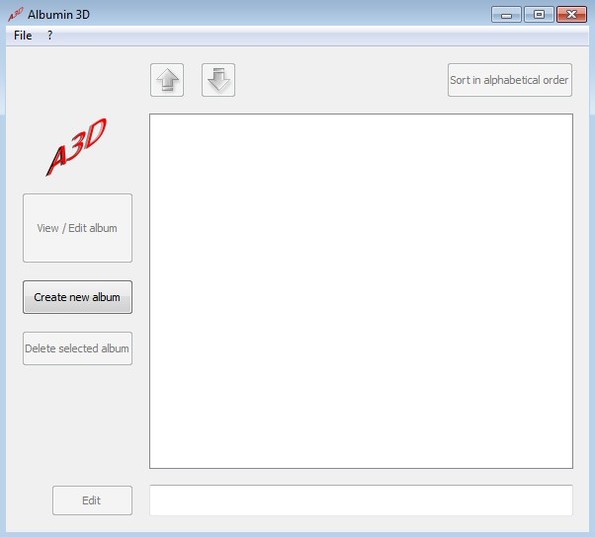 Once that an album is created you’ll be able to open it up so that the album manager/photo viewer comes up.

It opens up fullscreen, with the entire right side being reserved for the image viewer, and on the left you get controls from adding images, managing transition effects and accessing several other image management tools.

Key features of Albumin 3D image organizer and viewer are:

How to manage and view images in albums with free image organizer and viewer:

First step we already explained above, you have to create an album. Once you’ve done that and opened it up, you can then start adding image and photos by clicking on either Add images or Add directory button. 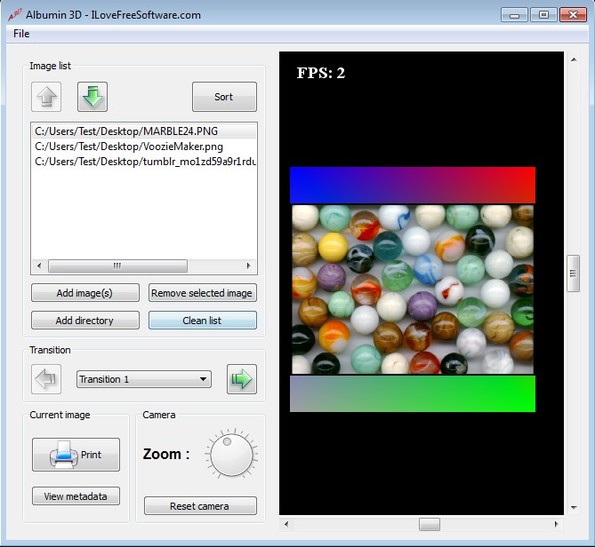 Selected images will be added to the list above. Now in order to browse through them using the 3D transitions you’re gonna have to select one of three available effects and click either the left or right arrow, depending in which direction of the photo list you would like to go. 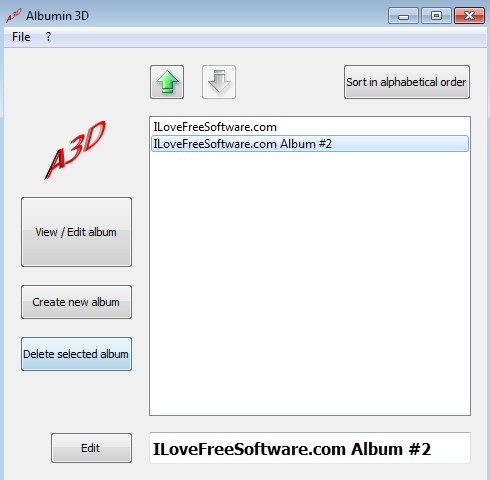 Created albums are all gonna be added to the main list from where you can easily manage them. Create new ones, delete old ones and so on. They’re gonna stay saved inside Albumin 3D so that next time that you run this free image organizer you can access created albums again.

For some the fact that there’s no support for JPEG images in Albumin 3D might be a deal breaker, but keep in mind that this free image organizer is still in development and that it’s possible that in the future it’s gonna have much more features than it does now. If you’re looking for a way how to organize images from your collection and would like some very interesting effects to do that, then you should give Albumin 3D a try. It’s has some very useful features, it works very fast and is easy to use.