NASA Eyes is a free space exploration software for Windows and Mac OS which allows you to browse and navigate through the night sky, more precisely through the Universe that’s above us and all around us actually. It comes with a worthy representation of all the objects in the space, not just things like planets, moons, asteroids, comets and so on, but also man made object like various different satellites and probes that we’ve sent out to explore other planets. 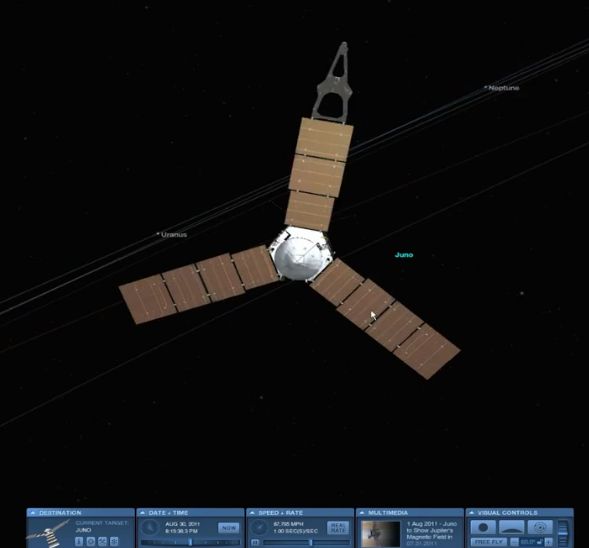 Remember that only Windows and Mac are supported, even though this is a partial web application, that runs inside the web browser, you still can’t use it on all operating systems. Image above shows us an example of a space object and part of the interface of NASA Eyes. Everything’s opened fullscreen, so the entire interface is quite big.

Key features of NASA Eyes are:

NASA Eyes is useful for example if you’re interested in tracking the progress of various different space missions that are being conducted. On the image above for example you can see the Juno spacecraft. This is also where you can keep track of its space mission to the planet Jupiter.

How to explore the Universe and the Solar system with NASA Eyes: free space exploration software

Install the web player and run the shortcut from the desktop. Once that you’ve done that, the app should launch and you’ll be able to start exploring the space around us right away. 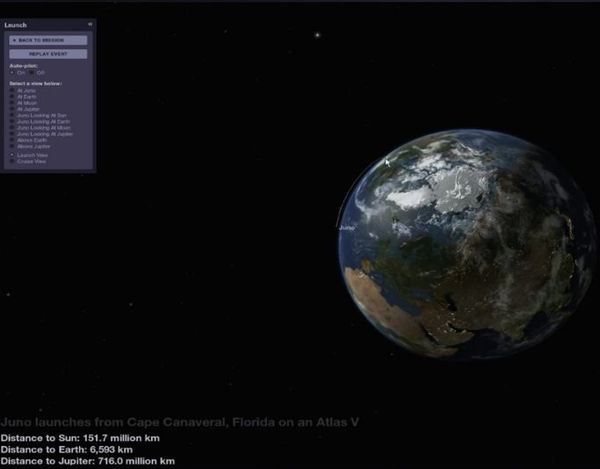 Next to exploring man made objects, you can navigate next to all the celestial bodies that we are familiar with, similar to Celestia. Simulations are also available, for example there are simulations of spacecraft launches from the Cape Canaveral launching platform. 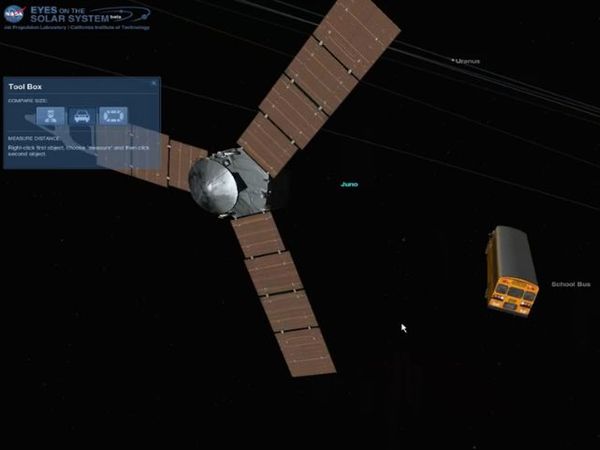 This is what we were talking about in the list of features, object comparison. With this you can for example compare the size of satellites that are in orbit around us with things like a school bus, stadium or a human. This can be accessed from the bottom menu and then controlled from the additional pop-up menu in the top left corner.

Nasa Eyes is a nice space exploration software, which if you already used Celestia is definitely something that you should try out. It has a lot of information about the Solar system and the universe around us. Give it a try and let us know how it goes.