Terminate Genisys: Evolution is a free third person shooter game for Windows 10 devices. In the game, you will be able to play as the commando who has to shoot down the enemy forces, the choppers and the air strike planes deployed to hunt you down. You are in a moving caddie and you have to shoot via the machine gun turret mounted on your caddie. The game has great graphics and you can control and play the game via the mouse itself. The turret can be rotated by moving your mouse and you can fire via the left mouse button.

Terminate Genisys: Evolution is available for free from the Windows App Store.

Launch the game, and you will see the below screen. 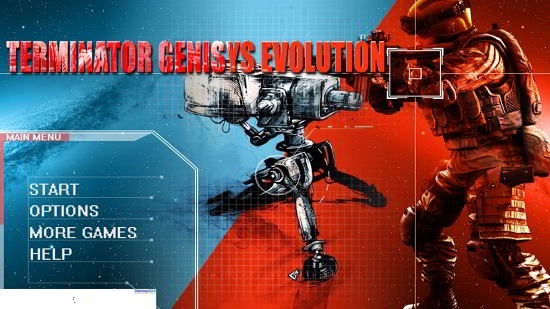 Just click on the Start button to be taken to the level selection screen. Here you can choose from the 3 levels that you wish to play. Initially only the first mission level is unlocked. Upon making your choice you will be taken to the game. 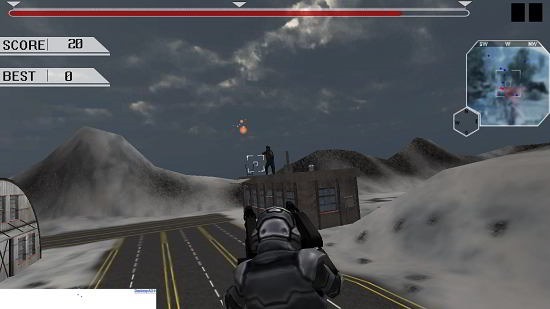 To play the game, you will need to be adept with the below controls…

Move Mouse around: Rotate the turret of the gun.

The game has very easy controls but as the game employs a machine gun turret, the recoil is very high so you have to ensure that your aim is on point. The red bar at the top of the screen shows you your remaining ammunition. You can see your score and your best score at the top left respectively. When you run out of ammunition before defeating all the enemies, it’s game over. In the game, you have to shoot down the enemy rangers, and the choppers and fighter jets shooting at you. You are shown a prompt to head to the next level if you are able to successfully complete a level. 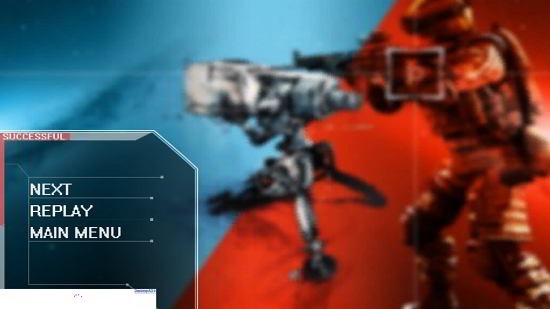 However, if you fail to complete a level, you will see a prompt somewhat like the one shown below. 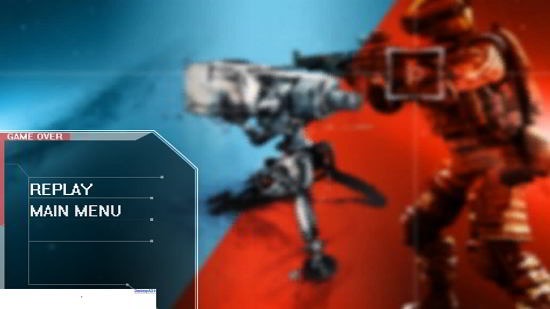 Overall the only difference in the above two prompts is that you can proceed to the next level in the mission successful prompt. The game has a varying difficulty levels to keep you challenged.

Terminate Genisys: Evolution is designed with good graphics and makes for a worthy download on your device, especially if you are a fan of shooting games (third person type).