House Radio is a free internet radio app for Windows 10 which features a lot of radio stations of the house genre. The app when launched presents you with a tiled layout listing lots of radio stations in the main interface. Clicking on any of the tile opens up the radio station playback in a new window. The app runs smoothly in the background without really draining a lot of resources, and this ensures that the app does not become a memory or a battery hog on your device.

House Radio is available for free from the Windows App Store.

Launching the app brings up the below shown interface. 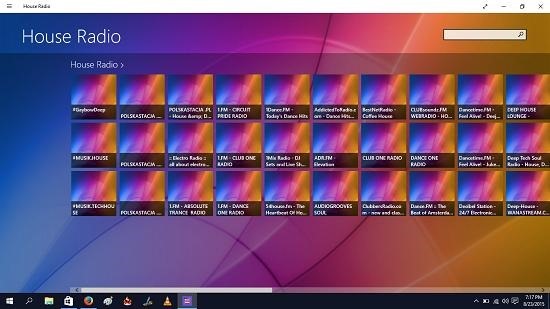 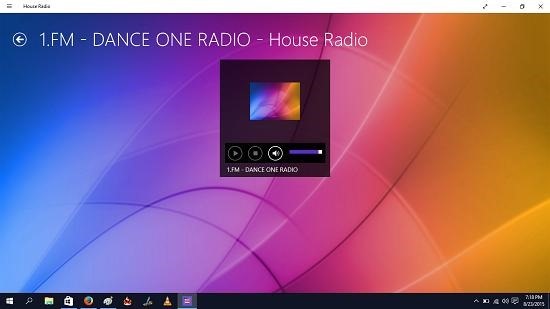 The playback interface can simply be minimized if you want to hear the music in the background, and you can also use the play, stop and volume controls to adjust the radio’s feed. Once minimized, the radio has a neat little feature of floating playback controls, which when you press the volume change button on your keyboard, appears alongside the volume slider on your screen in a manner as shown in the screenshot below. 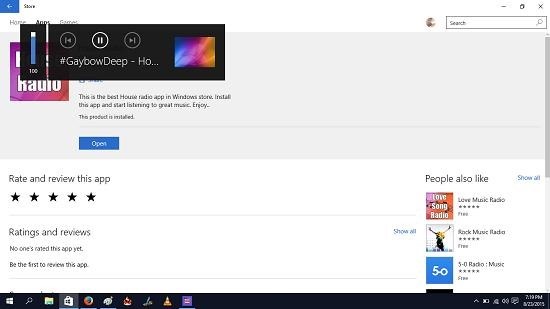 You can play/pause, switch radio stations etc. from the playback controls box which appears at the top of the screen for a few seconds. The box stays for longer if you interact with it, and disappears when you are done interacting with it/when you don’t interact with it.

That’s all wrapped up for this app’s review!

House Radio is a great app which allows you to listen to house music on your device whenever you have an active internet connection. This makes for a great internet radio app which is pretty lightweight at under 2Mb. You can grab it from the link below.