Hexiled is a free iPad word game which helps you to boost vocabulary. The game is very addictive and interesting. It challenges your word power to the extreme level via different puzzles and game modes. The game consists of 3 fast paced game modes: Escape, Survive, and Explore. All these 3 levels are unique in their own way and also quite difficult to play. Since, it’s a word game, so its quite obvious that you have to find words from the jumbled collection of alphabets. After the game ends, it shows you all the words that you found, and their meanings as well.

You can also check different types of interesting stats using this app, like: longest word, total games played, total words found, best results for each mode, recent games, and much more. These stats make playing this game even more interesting. 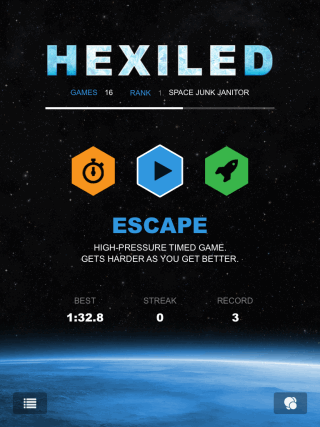 Gameplay of This iPad Word Game To Boost Vocabulary:

When you launch the app, you will see three game modes: Escape, Survive, and Explore. The Escape mode is unlocked to play, while Survive and Explore modes can be unlocked after playing 500 and 100  Escape mode games respectively. Tap on the Escape mode to play the game. You will see a beehive like structure made up of different hexagon tiles. Each of the tile has an alphabet written on it. You have to match these tiles to make words. Whenever you make any word, the tiles matched for making that word will burst. 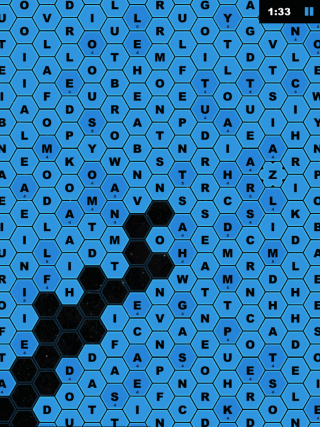 This way, you have to burst tiles in such a way that you reach the end of this beehive like structure.

The game looks simple, but its not. You have to follow a few rules for making a valid word and explode the tiles. These rules are as follows:

Apart from this, there also a timer which keeps ticking. You have to reach the end of this beehive structure before the timer gets over. If you are able to do it, then you win the game. The other interesting thing about the game is that if you keep losing the game, the time interval increases for the timer. It means that with each lose, game will give you more and more time to win it. 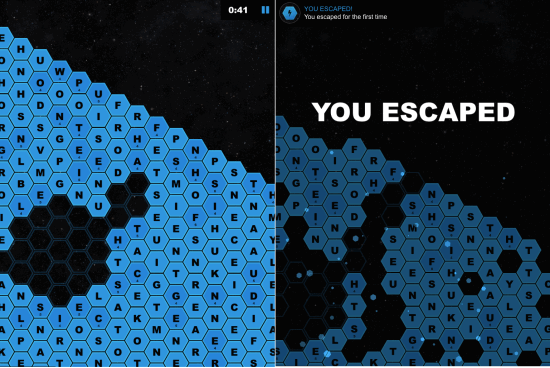 At the end of the game, you will see different stats about the game you played. You can see some of the stats shown in screenshot below. 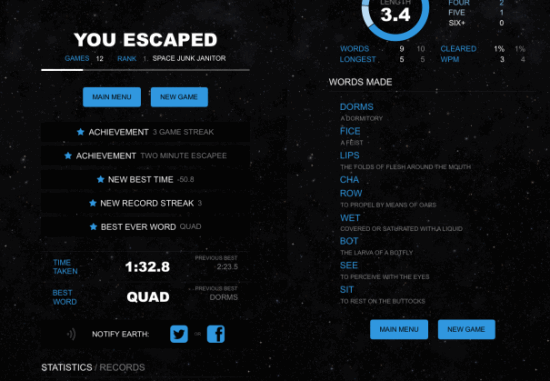 Hexiled is a definitely an addictive and interesting iPad word game. The game really helps in boosting the vocabulary as it also displays the words found by you, including their meaning. All the levels of the game are challenging and you should definitely play this game.