Catena is a free iPhone word game which helps you in enhancing your vocabulary. This game is based on the old school vocabulary enhancer word game in which you have to tell a word starting with the last alphabet of the word told by your opponent. I guess you must have played this game at least once if not again and again. The Catena uses the same principle but with some enhanced rules which ultimately results in increase in the level of both entertainment as well as difficulty level.

The game has two modes for you to choose from: Single Player and Turn Based. You can also choose from 3 free difficulty levels (Easy, Medium, and Hard) in free version along with 2 more levels for paid version users. The game has Stats section where you can analyze your progress including the total number of words and unique number of words used by you. You can also check your achievements from Game Center account. 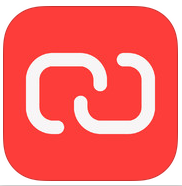 As I already said that gameplay of Catena is similar to old school game of telling the new word starting from last alphabet of word told by your friends. I also said that Catena has some additional rules which makes the game hard but fun to play. Lets take a look at the rules:

While following all these rules, you need to make longest possible word for getting high score. If you want to earn more points than normal points then try to include as many letters from the opponent’s word. During the game, you will find two circles at top with left one representing your opponent and right one representing you. The player who fills the circle first is considered as the winner. 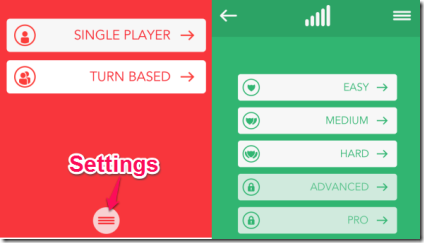 To play the game, launch the app and select your preferred mode: Single Player and Turn Based. If you have selected the Single Player then you also need to choose the difficulty level: Easy, Medium, or Hard. The game will start instantly just after selecting the difficulty level. Follow the rules and try to win the game. Similarly, Turn Based mode lets you play online with real opponents. The game uses your Game Center account to find your opponent and start the match. You can resign the game anytime you want. 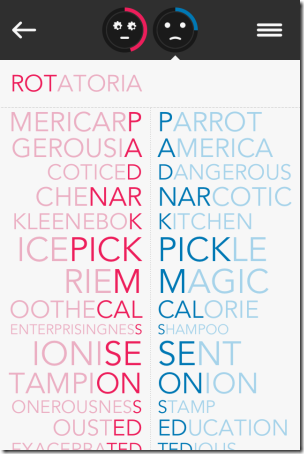 If you want to check the stats then tap on the three bar icon at bottom of the home screen and tap on Stats option. 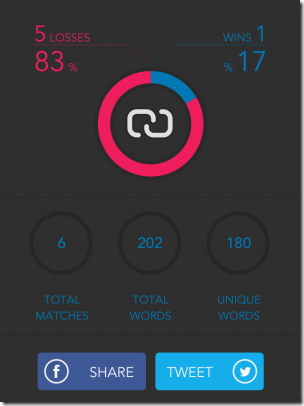 You may also like these 5 free vocabulary apps for Windows 8 reviewed by us.