In this list, we talk about 4 free Solitaire games for Windows 8. Solitaire is a classic card game that has been around for quite some time, and over time, many variations of the game have come out – including spider solitaire, etc. The fact of the matter remains that the game has been so popular that from a card game that people used to play ages ago to pass time, the game has evolved into a digital masterpiece of a game where even if you don’t have cards laying around, you can easily have the pleasure and the fun of playing solitaire on your Windows 8 device.

What are these games? What kind of user interface and gaming experience do they provide? To get all these questions answered, let’s read on more about these games! 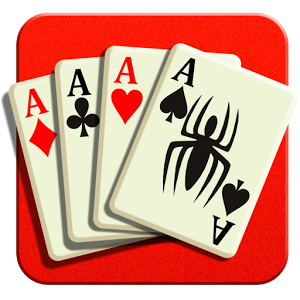 Coming from Microsoft Studios, Microsoft Solitaire Collection is a free game that allows you to play the popular versions of solitaire on your Windows 8 device. 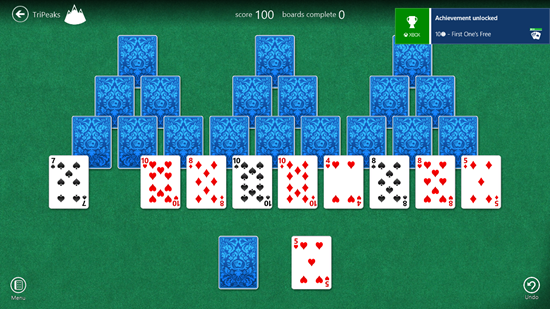 As it’s a Microsoft app, the app is connected with your Xbox Live account and hence you can see the world leaderboards, and compete with online players. When you launch the app, the app allows you to choose from 5 kinds of solitaire – Klondike (this is the classic solitaire that most of you have played on earlier versions of Windows), Spider, FreeCell, Pyramid and TriPeaks. Simply click on any of these 5 tiles to get started with playing the game. If you don’t want to play the game, in the main screen of the game you can also scroll to the right to see your statistics of the various games that you have played. The app is comparatively larger than other Solitaire apps on the store, clocking in at about 90Mb. 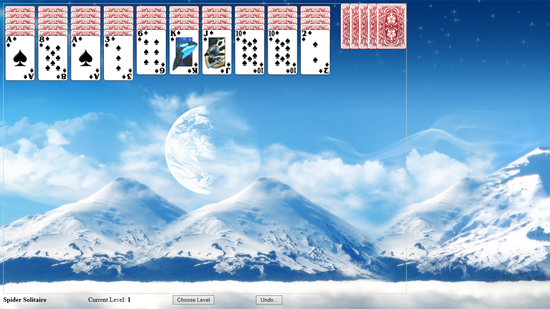 *Spider Solitaire is a cool game that allows you to play the Spider variant of the Solitaire card game. When you launch the game, you will be asked to choose the level of the game that you wish to play. Do note that newer difficulty levels can only be unlocked upon completion of previous difficulty levels. By default, only the first level is unlocked. Once you are done selecting the level, the game will start. To add a new layer of cards over the face up cards, click on the face down card deck at the top right corner. The rest of the rules of the game are the same as in any Spider Solitaire game. 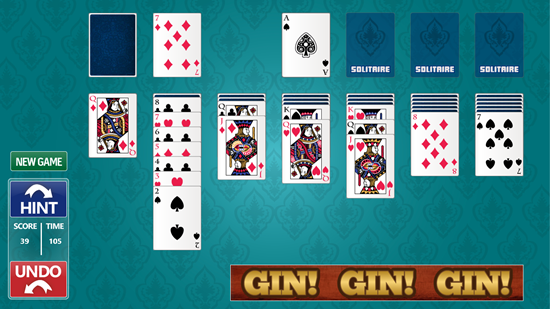 Simple Solitaire app for Windows 8 is a good take on the traditional Klondike version of Solitaire. When you launch the game, you will directly be taken to the game play screen of the game, no questions asked. The options to start a new game, view a hint or undo a move are present at the left side of the screen along with the score meter and the seconds timer to keep track of the time that you have taken to make your moves. The game is incredibly straightforward, and the rules of playing the game are the same as any Klondike solitaire game. 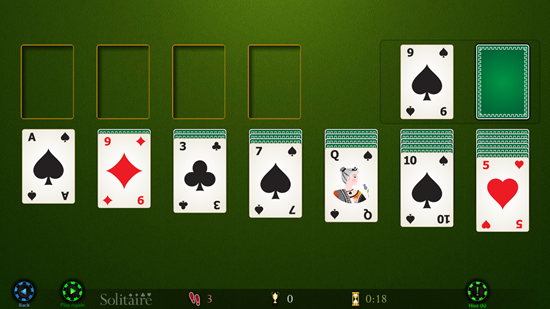 Solitaire HD is another free Solitaire app that has an incredibly cool interface and smooth graphics. It’s a take on the Klondike Solitaire game. The only interface change in this game is that the deck of cards in this game is positioned on the right side instead of the left side. Apart from that, all the rules are the same. The controls to restart the game (Play Again) and undo the move (Back) are present at the bottom of the screen. Also at the bottom of the screen are the options that allow you to view your number of moves, score, and the timer. When you launch the game, you will be presented with options to either start a New Game, view the Statistics, view Options, etc. This is all you need to know to get started with playing this game.

So guys, this concludes my list of 4 free Solitaire games for Windows 8. I do hope that you are going to have a lot of fun playing these games on your Windows 8 device!