Here’s a list of 5 cooking games for Android which can be played by anyone who likes to cook cakes, pizzas, make sandwiches, hot dogs and so on. I played around with cooking games where you’re in the role of a chef in a diner or a restaurant, customers are coming in, give you orders and you need to prepare the order before time runs out and customer leaves angry. All these games can be downloaded free from the Play Store.

Let’s see what kind of games I managed to find. 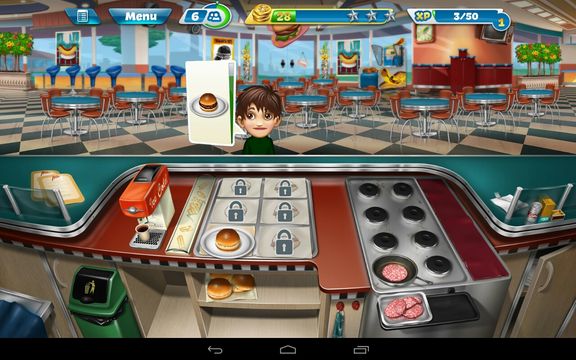 Cooking Fever is a cooking game for Android with great graphics, easy to understand gameplay and excellent level progression. Here the player starts off by managing a small burger joint where at first there’s just 1 cola dispenser and 1 cooking stove.

Goal of the game is to deliver orders fast enough so that customers are satisfied, you get paid and then spend the earned money on equipment upgrades like additional cooking stoves and cola dispensers. This will help you expand business and move to new locations. Game is fun and very addicting. 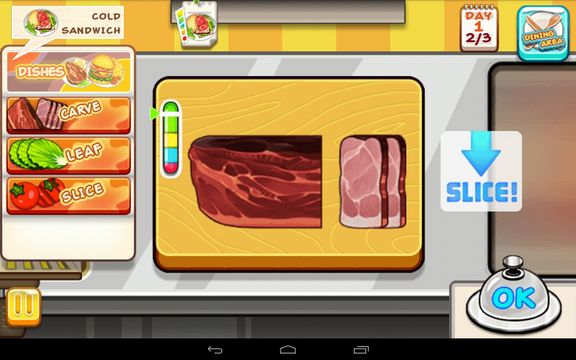 Cooking Tycoon has a much more hands on approach to cooking. It also has more complicated dishes. Here you manage a restaurant and the goal is pretty much the same to that of Cooking Fever, and all the other cooking games I reviewed, serve customers quickly, with properly prepared food.

Also, have a look at Free Recipe App For Android: Digital Recipe Sidekick. 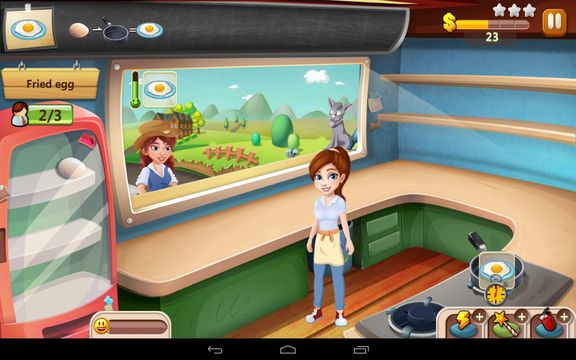 Rising Super Chef is a cooking game for Android similar to Cooking Fever. Customers are coming in to your small dinner with limited cooking equipment and you need to serve them food, earn money and expand business to new locations.

At first you cook simple meals like fried eggs, but after later in the game customers will ask for more complicated meals with many steps that you’ll need to juggle around to prepare the food in time. Again, very fun game to play and also to learn multi-tasking under pressure. 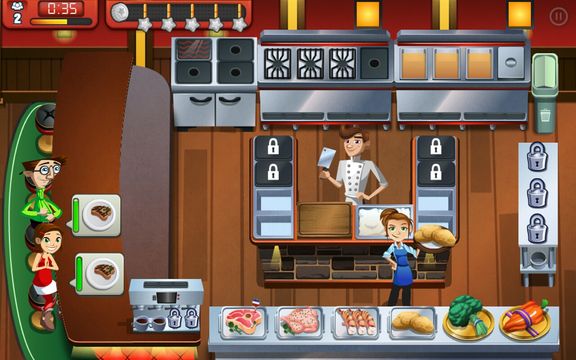 COOKING DASH 2016 is a cooking game for Android that has many levels and lots of different meals that you’ll need to learn how to cook.

It might take some time for you to familiarize yourself with all the ins and outs of the game but you’ll eventually get the hang of it and you’ll be able to expand your business. Game mechanics are pretty much the same like with all the other cooking games that I covered. Combine ingredients by tapping on them in the right order, create dishes and get them to your customers in time before they get angry and leave.

Also, have a look at 5 Recipe Manager Apps For Android. 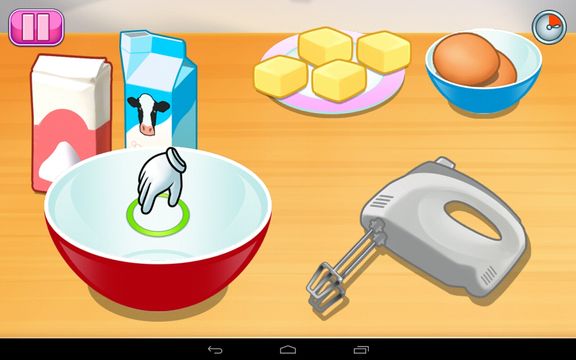 Sara’s Cooking Class doesn’t have customers, levels or new locations that you need to discover. It focuses instead on teaching the basics of cooking.

Player learns how to cook things like the cupcakes, cookies and dinners. Number of levels is limited in the free version, but it’s still a nice alternative to all the other cooking games I mentioned up until now, where the main goal is to be competitive, collect more money, achieve better scores, etc.

I had fun playing every one of the 5 cooking games for Android from the list above. You can’t really go wrong no matter which one you choose, but note that COOKING DASH 2016 is a bit more complicated to figure out. Let me know which game you liked the most by leaving a comment down below.