We had previously talked about 5 websites that allow you to do a virtual coin toss. In this list, we will talk about 5 free coin flipping apps for your Android device. Now you might wonder that why do we need coin flipping apps for Android? Well it’s not always that you happen to have a coin with you, and whether it’s to settle a bet or to decide who will buy the beer, or maybe just for passing your time, these apps can come in extremely handy.

So let’s not waste any more time and read more about the 5 apps that allow you to do a virtual coin toss on your Android device. 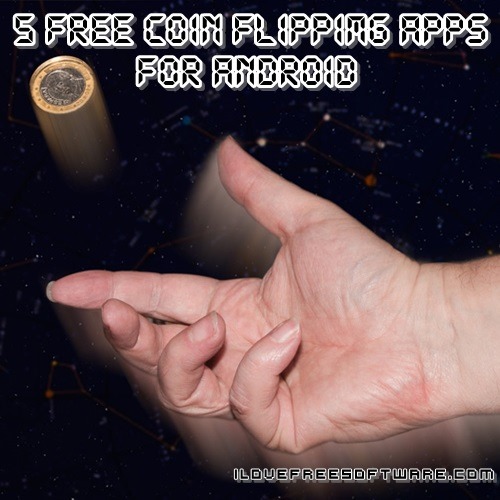 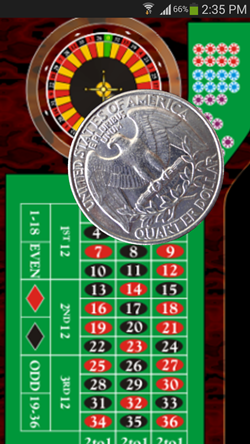 Coin Flip by AJAS is a free app for Android that allows you to flip a realistic looking coin on your smart phone. Upon launching the app, you will be presented with a coin kept on a slick looking background which can be flipped by giving a small but intensive upward jerk to your device (be careful not to throw up your phone!). If this action seems too risky for you, you can also flick the coin on the screen with your finger, and the coin will flip with a smooth animation. The app allows you to change the coin type, and also supports changing the background. 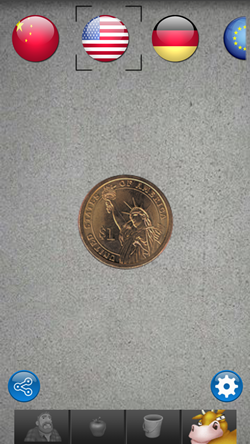 Coin Toss by MDB Software is another cool app to virtually flip a coin within your smart phone. The app allows you to choose the countries at the top by simply clicking their flag, and the design of the coin changes accordingly to mimic the currency of the country that you choose. To flip the coin, simply click on the coin’s image. The app has several configurable settings like tweak-able sensitivity settings, etc. It also has the option to share the result of the coin toss (as an image) through the phone’s sharing options. 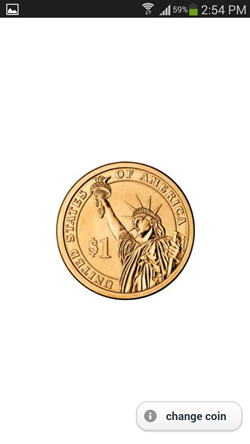 Heads or Tails is another cool app to perform a quick coin toss. The app has a clean interface with the coin pictured at the centre of the screen. Tapping the coin will flip it. The app also has a Change Coin button on the main screen, clicking on which allows you to select the country whose coin’s image you want to use for the coin toss. The app is very minimalistic, and uses very little memory.

Get Heads Or Tails. 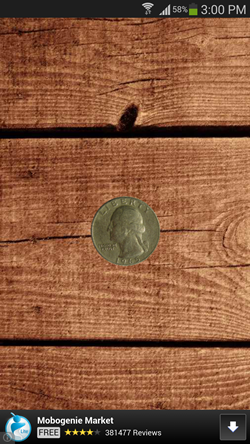 Best Coin Flip is another app to have on your device if you want to do a quick coin toss. The app has a wooden background with a coin placed on it. To toss the coin, simply shake your phone, or tap the coin, and the coin flip will be performed with a cool 3D animation. The app does not let you change the image of the coin though, unlike other apps above. 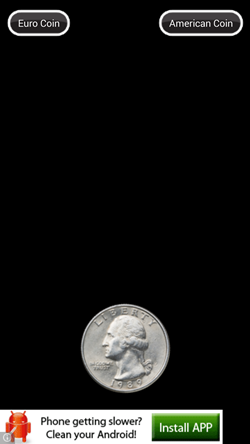 This concludes the list of 5 coin toss apps for Android devices. Make sure to also check out our list of 5 websites that allow you to do a virtual coin toss!