There are many other camera apps available for Android with interesting features like live filters, 3D capture, slow motion, etc. But, Motion Stills is quite different as apart from letting you record looping and fast forward videos, it also allows you to combine multiple videos into a movie. Another unique feature of this app is “Stabilization” which fixes shakes and make videos less jerky, without requiring separate video stabilization software.

Note: Motion Stills app is also available for iPhone, but in this post, I have only reviewed the Android version.

How to Create Looping and Fast Forward Videos with Motion Stills for Android by Google Research:

After you install and open Motion Stills on your Android phone, you will see the built-in camera on the main screen. You can toggle the rear and front camera with just a tap.

Now, to record a looping video, all you gotta do is select the “Motion Still” mode and press the circular button. As soon as you do that, it will record a video of 3 seconds and then automatically convert it into a looping video. Similar to the other looping video creator apps for Android, the 3 seconds video which you have recorded using Motion Stills will play in a loop. 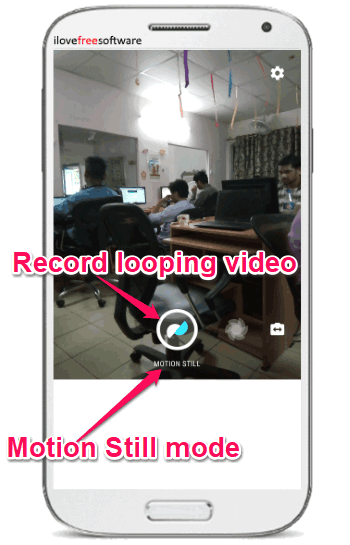 Now, to record a fast forward video, simply select the “Fast Forward” mode at the bottom of the camera. After that, tap on the circular button to start recording a video of up to 1 minute. When you’re done recording the video, it will convert the video into a fast forward or timelapse video automatically. The 1-minute video will now have a shorter length. 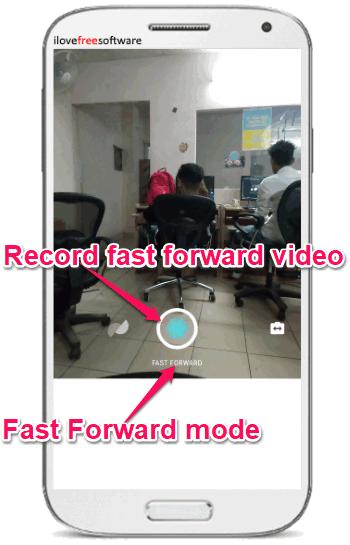 After you’re done recording a looping or fast forward video on Android, it will be visible under the camera on the main screen. You can now simply tap on the video to preview it. At the bottom of the preview screen, you will also see the option to enable “Stabilization”. In addition to that, there will also be an option to mute/unmute audio of the video. If you preview a fast forward video, then you will see another additional option to increase/decrease the playback speed of the video. 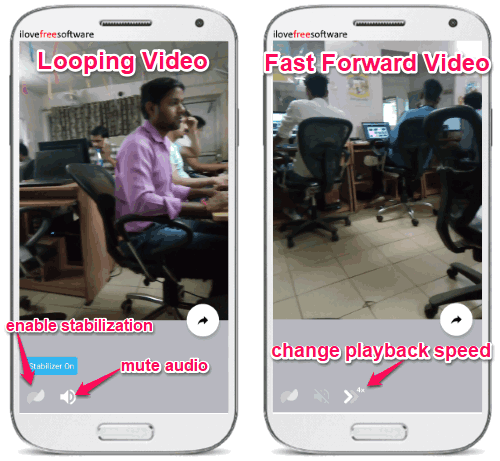 If you would like to save or share the looping or fast forward video, then simply tap on the “Share” icon on the preview screen. When you do that, it will pop up two options using which you can either save and share the video as a GIF or as a video. 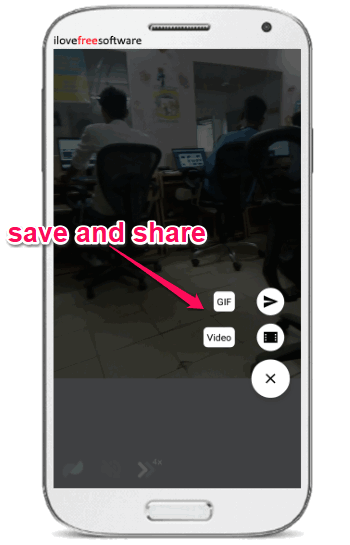 Another interesting thing which you can do with the recorded videos is that you can combine them into a single movie. For this, all you need to do is slide the videos to the right from the bottom of the camera. This will add the videos to a movie which you can preview and save as a single file. 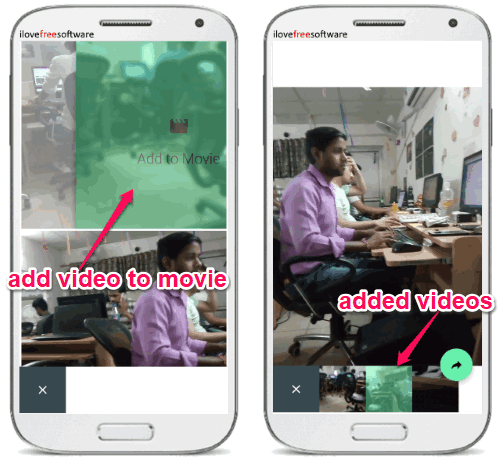 Motion Stills is a very unique and interesting video app for Android by Google Research which changes the way of creating looping and fast forward videos. Personally, I like this app as it also offers other useful features like stabilization, movie creation, etc.

If you would like to know more, then read the Google research blog about the Motion Stills app here.