Here’s a list of 3 short looping video creator apps for Android which you can use to create looping videos of important events in your life. Sharing images is limiting in a way, because photos cannot convey a lot of info. You might think that we have videos, but who has time these days to watch long videos, so the best thing would be something in the middle. Short videos, just a couple of seconds long, to help us express that which images can’t.

Here are some apps that can help you do just that. 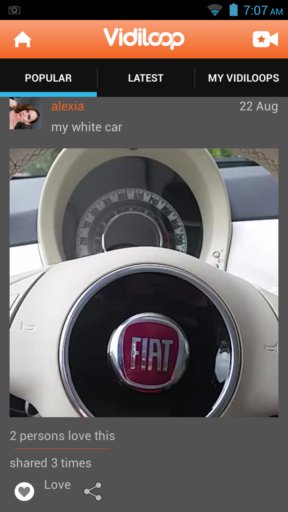 Vidiloop is a new app that’s still in beta actually, so you might come across a bug or two. For us everything worked, so we hope the same will be true for you too.

Next to the mobile app Vidiloop is also a web service that requires you to register an account with them before you’ll be able to use the app. With the account registered and you logged in, the fun can begin. The basic breakdown of what Vidiloop does goes like this. This short looping video creator will create 7 second long videos that are saved to your account. From that point on you can share them to your social network profiles, or release it to the Vidiloop public library for the whole world to view and comment on your creation.

Also check out Capture Short Videos on Android And Upload to Facebook. 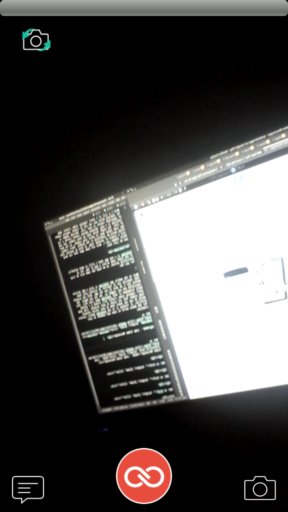 Now HASH isn’t the standard short looping video creator app that you’d expect to see mentioned here. It’s not like Vidiloop where you can create short video loops and then share them with friends via social networks, etc.

No, HASH is actually a messaging app, which allows you to create 7 second long video loops overlayed with the text message that you want to send. Video loop that you send doesn’t have audio, that’s why you can add text over the video. Person receiving the message will also have to use HASH in order for them to be able to receive the message. 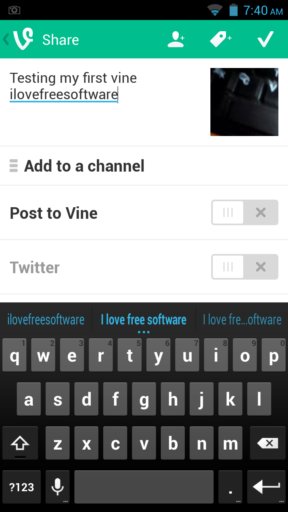 I’ll finish the list with an app that probably doesn’t need any introductions, but just in case that you completely missed what everyone’s been going crazy about for the past couple of years now, let me introduce you to Vine.

Vine is the predecessor of the previously mentioned apps, and it’s the video version of Instagram. You create short looping videos, 7 seconds long to be more precise and share them with your followers on social networks. Videos are created using the Vine’s own super-charged camera app that only records when you tap on the screen. Other effects are also available.

Vine takes the title of the best short video looping app, but Vidiloop comes close behind. Note that Vidiloop is still being worked on, so who knows what kind of features can be expected from it. HASH caters to a completely different audience, those people who would like to send short videos with text messages super-imposed on top of the video.