Somaliland Road Race is a free car driving game for Android. The game is small in size and has a simple interface. You need to navigate your car on the busy road full of cars. You navigate by tilting your screen: Tilt your screen right to go right, and left to go left. Drive safe on this busy road and make high scores.

The interface of the game is very simple and intuitive, but not an easy game to play. The first window of the game shows you four options written over four cars: To play, settings, Exit and High Score. You tap on the play car to start with the race. The game starts by telling you how to play the game. Tap on the screen once more to start off with the race. The game also has this awesome music going on the background that adds to the game excitement. 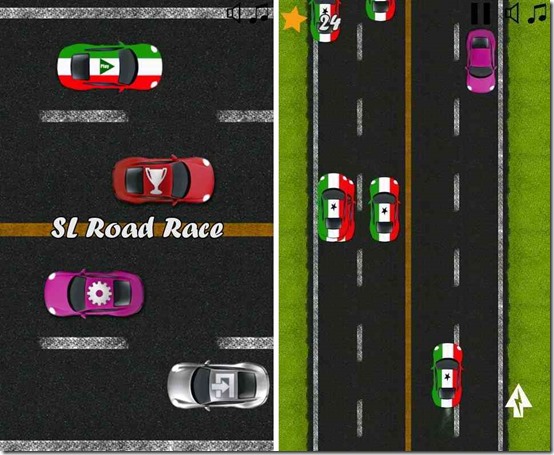 Before talking about the gameplay, I want to share a brief summary about the country Somaliland or Somalia.

Somaliland is small country bounded by the Republic of Ethiopia from South and West. In year 1988, a regime from the country committed a massacre against the people of Somaliland. After that, there was a civil war declared in the country that led to the destruction of masses and damaged the economic and military infrastructure of the country. Since this mayhem there hasn’t been any major development of the country. The railway tracks, roads and airways are still getting developed.

This game is actually an attempt by developer to promote the momentum going on for the development of the Somaliland roads. The attempt is clearly reflected on the game interface; the roads are similar to the roads that they have in Somaliland, the car in the game carries the colors of the Somaliland flag. The game is more of a car driving, rather than car racing. There is no race to finish or anyone to compete with. If you would like to play racing games, then you can find them here, here, and here. 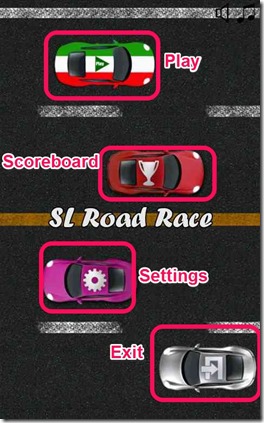 You need to drive safely (without bumping into any car that comes in your way) and long enough to make a better score. Once you bump into a car, your game ends, and you will have to again start the game from the scratch. The game also has some checkpoints that the player can catch for some extra points. You can update your scorecard, each time you make a better score. 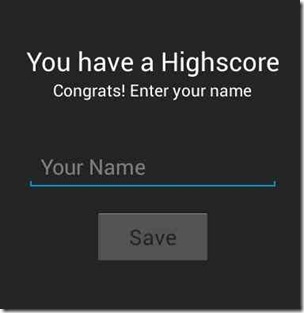 The car accelerates slowly and there will be lots of car coming through your way while driving. You just need to tilt your screen to right and left to escape from the cars. Your car is colored like a Somalia flag, and even some other cars look similar to your car. 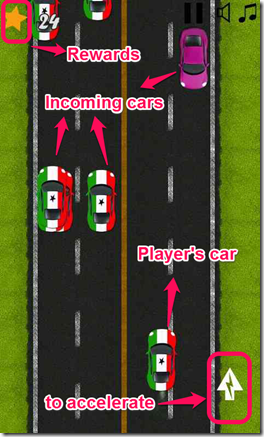 You can accelerate your car by tapping on the small White arrow on the screen. You get rewards as stars bubbling on your phone screen for each sharp turn that you take or each time you overtake a car.

I personally like all sorts of racing games. But this car driving game is really very nice. Not an easy game to play, which is the reason why the game keeps you hooked to it for a long time. All in all it’s an addictive and easy to play car driving game for Android.

Get Free Somaliland Car Racing Game From Here Or Scan the QR Code below.