Speed Night is a free car racing game for Android. This Android car racing game is one of the popular and fun-filled game in Google Play Store. The game has a simple concept to play. No selection between multiple cars and multiple game tracks. Just a single track with an option to select single car. Keep holding on your Android screen to accelerate the car. The speed will automatically improve after a certain section of the road. Tilt your Android device to left or right side to steer the car to left or right. 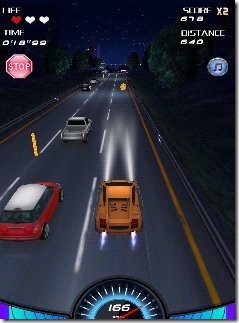 The main aim of the game is to reach the destination point without any collision and by collecting coins which you will find on your way. Collection of maximum coins will increase your scores which will help you to take to the next level with the option to make selection between other racing cars too. Collection coins will unlock the other cars too. This car racing racing game for Android is named as Speed Night because the racing game is played in midnight mode.

Also check out other car racing games for Android.

This Android car racing game is truly an interesting game to challenge your responsiveness. According to the app description, you will collect three props in the course of the game. Three props include magnet, stealth, and life. This makes your car racing more interesting and playful on your Android phone.

Once you launch the game, you will see the related ads. Skip the ads and then tap on the play button to start playing the game. To accelerate the car, keep holding anywhere on your Android screen. To steer the car to left or right, just tilt your Android device to left or right side. The tilt of the Android device should be very slight so as to control the car in a better way.

Car Racing not your thing? Then check out bike racing games for Android.

Hit here to download and install Speed Night game from Google Play Store or use QR code below. 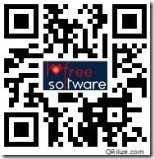 Speed Night game is a nice time-pass when you are sitting free. Take the car to reach its desired destination by collection maximum coins. Make the highest scores as to compete with other game players from the leaderboard.