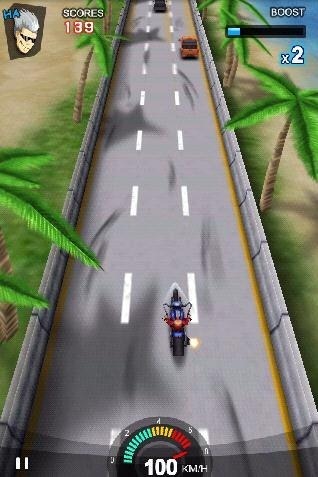 Racing Moto is a free Android game app to play bike racing game on Android. This Android bike racing game is a simple and easy to play on Android. There aren’t any confusing options on this. Just launch the game, select the bike, and start playing the bike racing game on your Android phone. The main aim of the game is to take the bike to its destination point in minimum time limit. You have to overtake the vehicles running on the road and run the bike at maximum speed you can control. Tilt the phone left or right to change the direction of the bike to left or sight side of the road. You can cross the levels only when your bike reaches at the destination point without any accident and in the given time limit. Also, while selecting the bike, you can only select one bike which is unlocked. To unlock other racer bikes, you need to crack the levels and win the game.

Racing Moto is one of the popular bike racing games in Google Play Store. Also, when I installed this Android bike racing game on my Sony Ericsson Android phone, I really enjoyed it while playing. Apart from all these, you can head to scoreboard of the game to check your scores. Tutorial part in the game helps you to understand how to play the game. 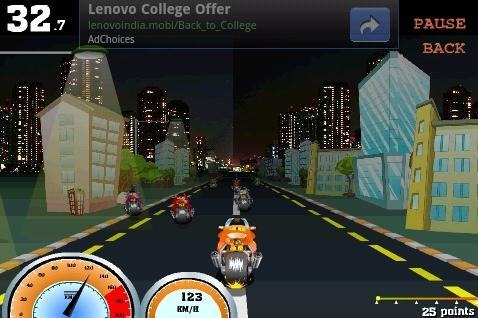 Racing Moto Superbike is a free Android bike racing game for Android. You can easily play a faster bike racing game on your Android. The graphics of Racing Moto Superbike game are great. The game can be easily played on Android. You just have to launch the game and start playing it. Tilt your Android device left to move the bike to left side of the road and right to move the bike to right side. You don’t need to accelerate the bike, as all the controls from gear shifting to clutch and accelerator are automatic. You just have to hold your Android phone and control the bike by tilting your Android phone left or right. The game has different laps which you have to crack within a given time period. Apart from this, the game allows you to check the scoreboard and improve your performance accordingly. 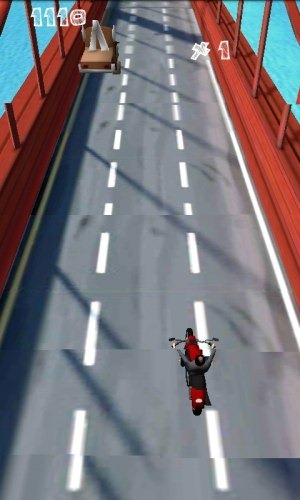 Racing Splitter Moto 3D is a free Android racing game to play bike racing on Android. Racing Splitter is similar to Racing Moto game which we discussed earlier. This Android game can be played in an easy way with easy controls. You can control accelerator and direction of the bike while playing the game. To accelerate the bike, just tap and hold anywhere on your device screen. To move the bike to the left, tilt your device to the left side and  to move the bike to the right side, tilt your device to the right side. The main aim of the game is to take the bike to its destination point without any accident. The game calculates the scores according to the time you took the bike to the destination point. 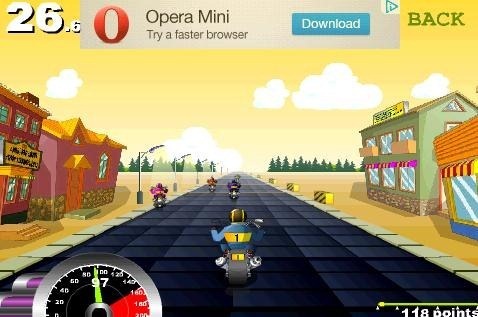 Racing Moto Tour is a free Android bike racing game that allows you to play bike racing on Android. This Android bike racing game is same as Racing Moto Superbike game. To play the game, you just have to launch it on your Android and start playing it. The game provides automatic acceleration to run the bike. You just have to control the bike movement and win the race. Bike movement is controlled through Android device tilt. Tilt the device left and right to control the movement. The game comes up with multiple laps to crack. Also, before getting started with the game, you can select the track and run the race on the selected track. Racing Moto Tour is truly a nice and fun-loving game which can be even played by kids. 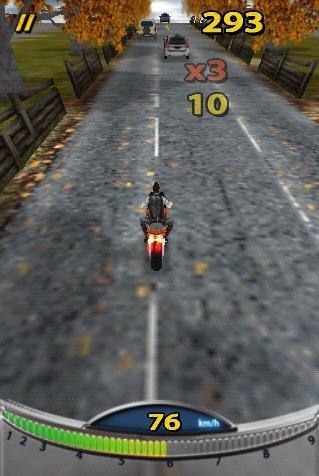 SpeedMoto is a another free bike racing game for Android. SpeedMoto is also similar to Racing Moto and Racing Splitter Moto 3D game as discussed above. You can easily control the game by tilting the device to left and right. The bike racing game also allows you to control the bike accelerator. Tap and hold on the device screen to accelerate the bike. The game provides automatic gear shift which allows you to increase the speed of the bike quickly. The good part of the game is its collection of money coins. Control the bike in such a way to collect maximum coins. Collecting coins increases your game scores. At the end of the bike race, the game tells you the final score. The interface of this bike game is quite nice.

If you find any other good bike racing game for Android, then do let us know in comments below.

You can also check out car racing games for Android reviewed by us. And if you are fond of PC games, you can download need for speed for free on your PC.