Apart from that, it comes with drawing and editing tools to edit screenshots. 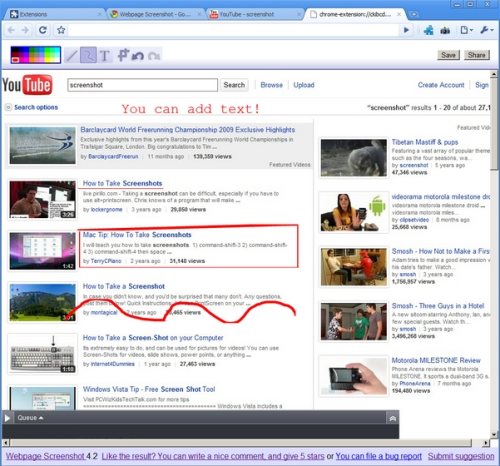 Here are some of the features of Webpage screenshot Chrome extension:

Also check out Chrome PageRank extensions, and Chrome To Do List extensions. 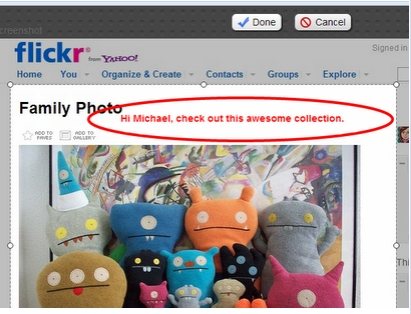 One of the great feature of Awesome Screenshot Chrome extension is that you can also directly upload this screenshot, and then share link with your friends.

Aviary Screen Capture extension works a lot like Awesome Screenshot extension, and provides a lot of similar features. It lets you select the area you want to capture, or capture entire web page. You can edit using tools like crop, draw, and add text. 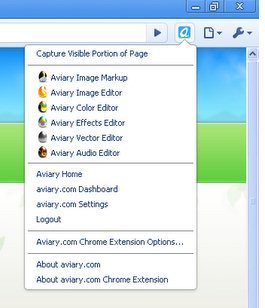 Aviary Screenshot extension also lets you upload your screenshot online, and then share it with your friends.

This screen capture extension for Chrome comes directly from Google. This comes with lot of similar features, as with screenshot extensions above. You can capture a selected area, or a whole web page. This screen capture extension also comes with a feature of horizontal and vertical scroll so as to select an area that is longer than visible area. This is the only screenshot extension on which I have seen this feature. While scrolling, it takes care of floating elements on screen, so that floating elements do not get repeated while you are scrolling.