Yookoo is a media player which is supposed to have lot of features, but some of them work well and, some do not. So, if you are already using some advanced media player like VLC Player or BS.Player, then you might want to stick to those.

Apart from that, it also has an integrated artist search tool which gives information about the specific artist, band, or musician for the currently playing song.

Yookoo also supports playing videos from YouTube. You can simply copy URL of the video and paste it on Yookoo to watch your favorite YouTube videos on Yookoo. This makes it easy to use Yookoo as desktop player for YouTube.

Play Audio and Video on Yookoo: 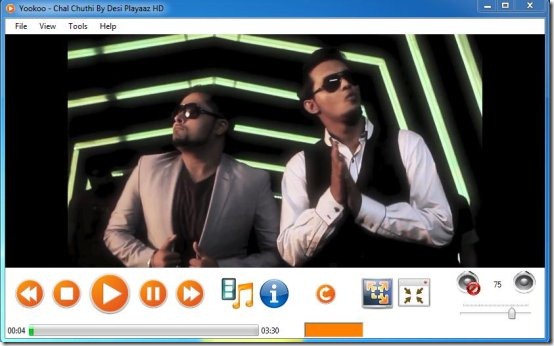 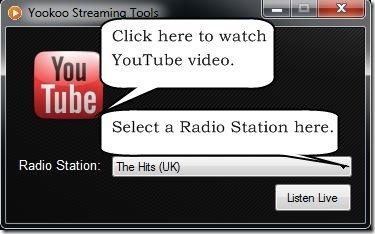 Apart from the above listed features, Yookoo also have some other features that do not work properly. Let’s have a look at those:

I think it has now become pretty confusing for you to judge Yookoo, with the above description. Let’s make it simpler by summarizing what all you can do and what you can’t do with this free media player.

What all You can do with Yookoo?

What you Can’t Do with this free Media Player?

Yookoo is a media player that is kind of buggy in nature. It serves good in terms of playing audio and video files in dozens of format, but has some features that seems to be kind of incomplete and unrealistic. Like, you can watch YouTube videos with this free media player, but again you have to get connected to the internet, copy URL of the video from YouTube, paste it on Yookoo, and then watch the video on a separate window, which you can’t even maximize. And what’s the point in copying a video URL from YouTube and pasting it on Yookoo to play, when you can directly play it on YouTube, that too in full screen mode? Moreover, it does not provides seek head support to go back and forth between the playing video, which is a basic feature that you can find in the most simplest media players.

But of course, there are features which make it no less to use this free media player. Like the integrated sound lock system, search artist feature, and connection to various live radio stations.

All in all, Yookoo could be your choice of free media player if you think you can look at the positive side, ignoring all the flaws it has.If not the case, you can a check some other good media players, we have reviewed earlier.