Desktop Movie 2.0 is a very simple movie player which is gonna play movies as your desktop background. Majority of us when we are on the computer doing something we rarely focus just one thing, we’re actually doing several things at once, which is called multitasking, that is why we have windows through which we can easily switch. When it comes to watching movies it can be a bit harder to focus on other things, which is why you should play them instead of your desktop background. 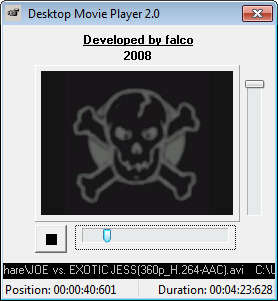 Player controls can be seen on the image above, there’s no video window because desktop background is the video window. Player’s gonna work in the system tray, and if you don’t right click on the tray icon to open up the video controls window they won’t be activated at all, because by default they are not showed when you start Desktop Movie video player.

How to play video as desktop background with Desktop Movie

Desktop Movie is a standalone application which doesn’t require installation. When you download it and run it it’s gonna ask you to open up a video right away. There won’t be any kind of player interface waiting for you, only the browser for file folder. Format support is good, this free desktop video player utilizes directshow for opening video, so all the formats which are supported in other directshow video players out there are also gonna be supported in Desktop Movie as well. 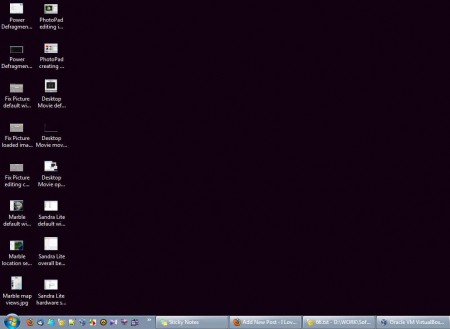 What you see on the image above is Desktop Movie playing in the desktop background, instead of the standard wallpaper which can be found there on practically all the computers of the world. To turn on the video controls window, you’re gonna have to right click on the Desktop Movie tray icon: 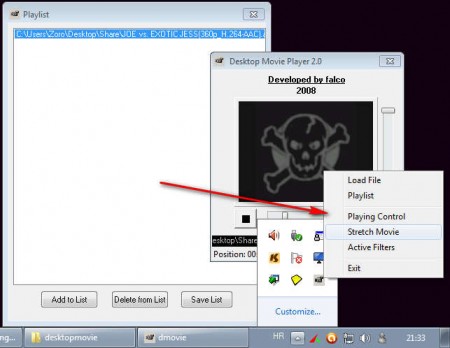 Once you do that, you’re gonna notice that next to activating player controls window, you’re also gonna be able to activate a playlist window, where you can import several videos and have them all playing one after another. Useful for those who would like to play their entire video collections inside Desktop Movie player as a desktop background. To activate the player controls window you’re gonna have to click on the Playing Control entry in the tray icon menu. Do the same thing if you’re interested in opening up the playlist window, only select Playlist, and to add videos while you have the Playlist window open, select Add to List and select videos that you’d like to watch.

Desktop Movie can be very useful for all those who would like to play a movie somewhere in the background and only listen to what’s going on, perhaps quickly minimize active windows when something interesting starts happening. That’s basically how majority of people are watching the TV now, just listening, while doing something else, being on the computer, cooking and so on. Using the program isn’t very difficult, although perhaps the player controls menu could be displayed right away, some might not figure out that there’s a tray icon where they can activate it. Download Desktop Movie for free and enjoy video as desktop background.