Moo0 Audio Player is a free audio player that lets you play and listen to mp3 songs as well as wav files on its simple interface. It also provides multiple audio effects like Open Air, Soft Breeze, Vocal Main, Middle Boost, Middle Suppress, High Boost, Studio Original, and more. You can batch add supported music files to its interface and can also create playlist with added files. Playlist will be saved in *.mpl form.

Apart from this, it also lets you change pitch (high or low) of current playing song which will add funny effect to song. You can also make this free audio player transparent percentage wise. Thus, some of its features makes it a good audio player, but its major shortcoming is that only two audio formats are supported to play. 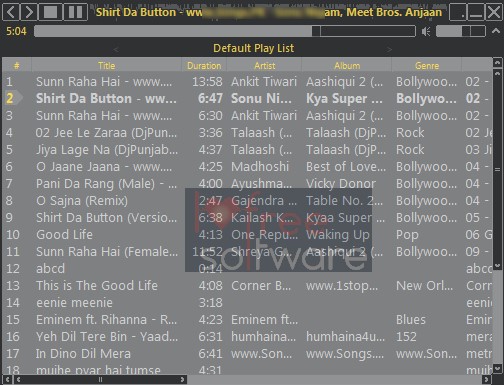 In above screenshot, interface of Moo0 Audio Player is visible where you can add multiple mp3 and wav files directly by drag n drop feature. After this, you can use basic playback controls to play/stop/next/previous audio files.

More in this audio player, you will find multiple options by right-clicking on its interface. Options such as: 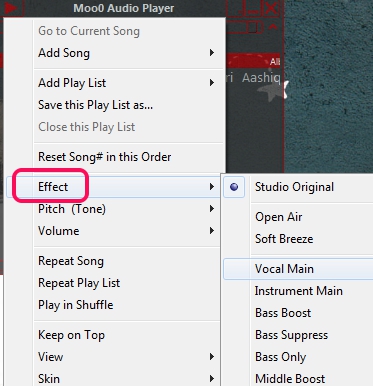 Some Key Features Present In Moo0 Audio Player are Present Below: 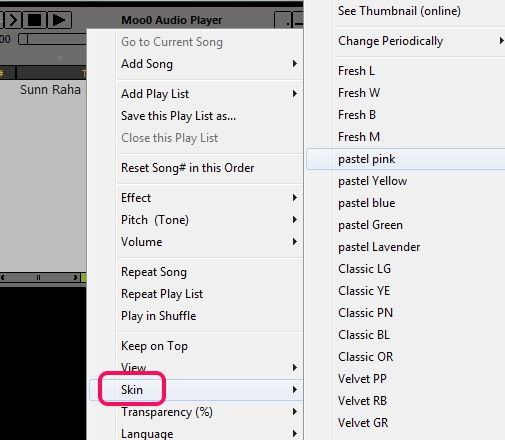 Moo0 Audio Player is a useful audio player and provides some of the useful features that are not present with some audio players. But it should be able to support more audio formats like flac, ogg, mp2, aac etc. to make it more useful. So this improvement is expected in future. To play multiple audio formats, you can try CrystalWolf, Lyricit, and s8Tunes.