Zoo Island is a free game app for Windows 10 which allows you to rebuild your zoo destroyed in a forest fire. The game is based on simple click and play concept of games and when you run it on your device, you will be presented with an interface which first shows you a brief introduction video which is then followed by the tutorial of the game. The tutorial is interactive and shows you the active zones in the area by means of arrow pointers located right above the active zones.

Zoo Island is available for free from the Windows App Store.

Launching the game presents you with the below shown interface. 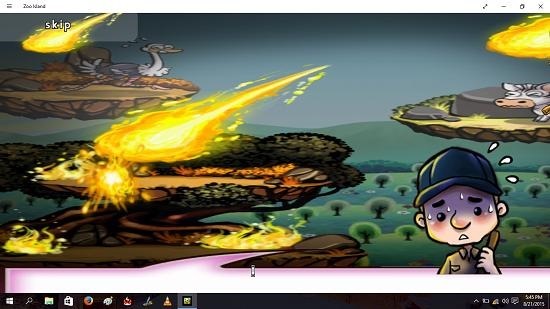 The above screen shows you a brief introduction video of the game and this allows you to notice what went wrong. Once the video has been watched or skipped via the Skip button at the top left screen corner, you will be presented with the interactive tutorial of the game. The tutorial window is shown below. 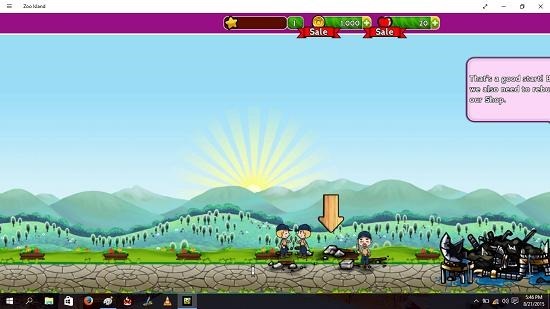 In the tutorial of the game, you will be shown the active zones marked with arrow pointer. Also, you’ll be able to see objectives at the right side of the screen. The entire screen is scrollable which can be dragged around. Once a task is complete, the completed task will show a milestone in place of the active zone. This is shown below. 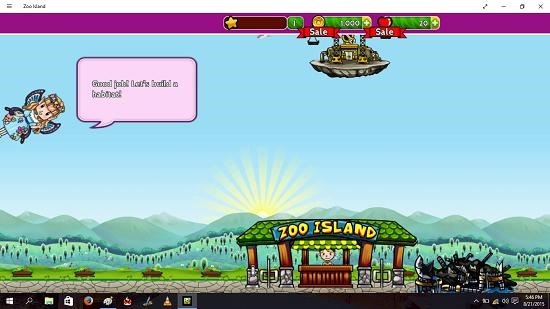 Once the tutorial is done with, you will not be shown active zones indicated by arrows anymore. Instead, the mission tasks will be listed on your screen and you will be on your own. 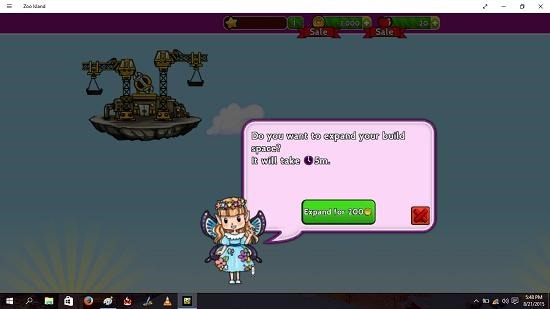 This is a wrap of the main features of Zoo Island for Windows 10.

Zoo Island is a great app for Windows 10 which makes for a fun pastime on your device. You can get this app from the link below.