Here’s a list of 4 spell checker software for Windows 10 which can be used to spell check text in every application. What I mean by that is that these are global spell checkers, which aren’t tied to just Word, Notepad, WordPad, IE, Firefox, etc. They can work pretty much anywhere where there are text inputs. Spell checkers which work anywhere are a great advantage, as you don’t have to have different ones for windows, apps, browsers, etc. that you are working on.

Let’s see what exactly it is that these applications have to offer. 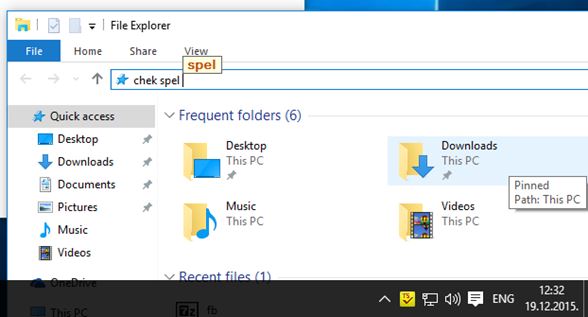 Triggers can be setup so that spell checking is activated with keyboard hotkeys or spell checking can be done in real time, as you type. When something is spelled incorrectly, you’re going to see a small pop-up notification, alarm can be setup to go off and the tray icon will change color down below. Another keyboard hotkey is used to load up the list of correct spelling suggestion. By default only English dictionary is included. Additional dictionaries can be used only in the paid plus version. 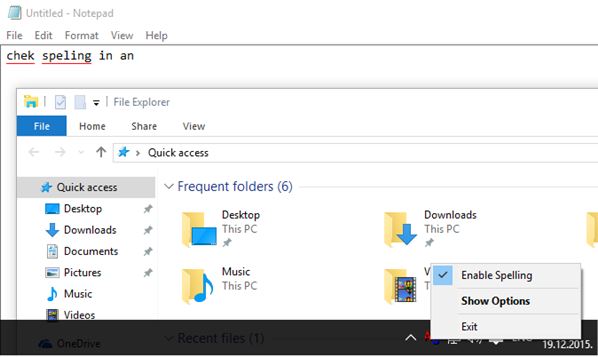 AnySpell is a spell checker software which will work with text input boxes like the ones found in Notepad. It didn’t work in Windows Explorer’s address bar input test, which is a bit of a drawback.

Spell checking is done in real time, and incorrectly spelled words are underlined in red. Color of the underline can actually be changed in settings. Right click on the misspelled word to get a list of correct spelling suggestions. System tray icon is added for accessing settings and disabling spelling. For the spell checker to work, you need to download OpenOffice dictionary files for the language you want to use into the application folder.

Also, have a look at Free Clipboard Utility With Spell Checker: Clipboard Help+Spell. 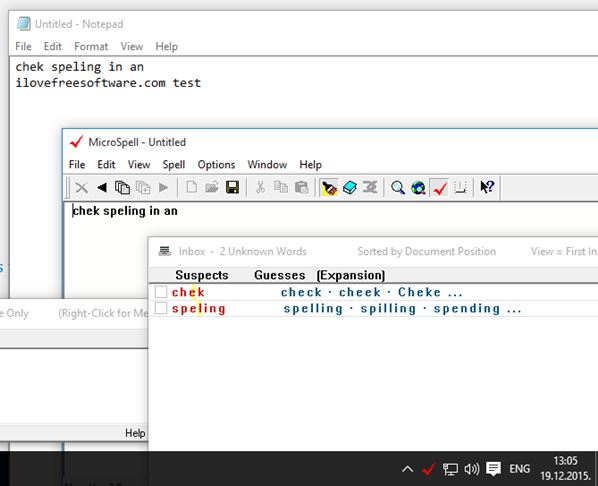 Next up is MicroSpell, which is a very advanced spell checker software. It has keyboard triggers, and also the ability to pick up text in clipboard and then check it for spelling errors.

If spelling errors are found, you’ll see windows popping up with the lists of misspelled words and suggestions for their replacements. Additional dictionaries can be loaded, there’s a built-in web look-up for word definitions and more. It will take some time to get accustomed to the many windows that this spell checker throws at you, but if you’re looking for advanced functionality from spell checkers, this is the one for you. 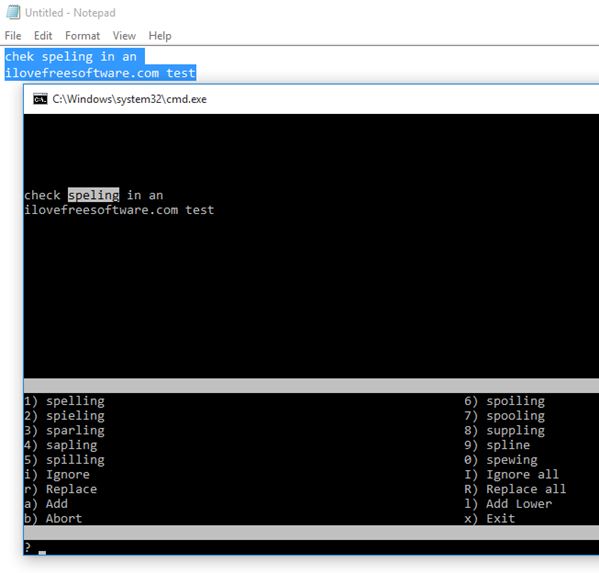 Command prompt window goes through the words, highlighting each word that’s misspelled and giving you correction suggestions. Keyboard hotkeys and a couple of other settings can be changed in the application preferences. Paid pro version is more advanced, it includes GUI for the spell check window and the ability to minimize the main application window to system tray.

Also, have a look at Typosaurus: Free Online Spell Checker.

Out of the 4 spell checker software from the list above, the one that caught my eye the most would be AnySpell, simply because of its simplistic approach. For something a bit more advanced, there’s the likes of MicroSpell and tinySpell. Let me know what you think by leaving a comment down below.