Here’s a list of 5 logic circuit software for Windows 10 which you can use to design logic circuits on computers running Windows 10. Windows 10 is just about to be released. At the release of each new version of Windows, people start asking themselves which applications are going to work well with the latest incarnation of the worlds most popular operating system. Following is a list of 5 logic circuit applications that are completely compatible with Windows 10 and run on it perfectly fine. They are suitable for both newcomers and those that are a bit more advanced in the field of digital logic. 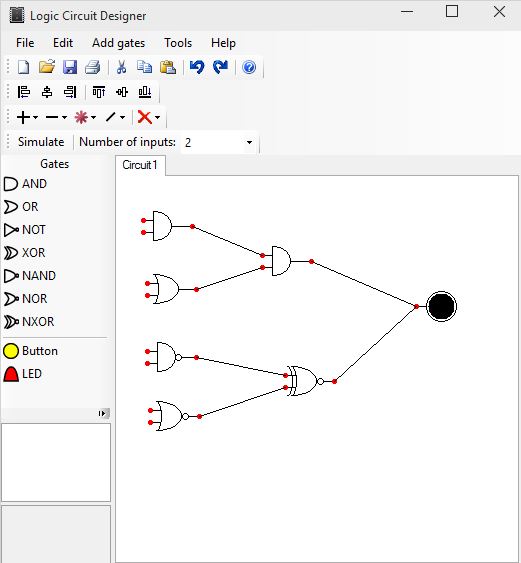 Logic Circuit Designer has a classic interface, with a three row toolbar at the top and a a sidebar on the left where logic circuit elements (gates, LEDs and buttons) can be found. 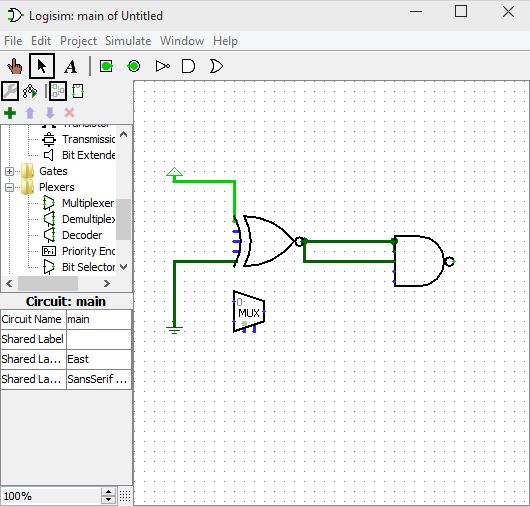 As you can see from the image above, Logisim is a much more advanced than Logic Circuit Designer.

Much larger selection of components is available for you to choose from. Layout of the interface stayed pretty much the same. Menu is located in the top left corner with a quick access toolbar where most frequently used elements are located. Available groups of elements include gates, plexers, base elements, input/output elements, memory elements, arithmetic elements and lastly wiring for connecting all these things together. Most interesting feature of Logisim is that it also supports simulation. You can run signals through created logic circuits to see if they will work or not. 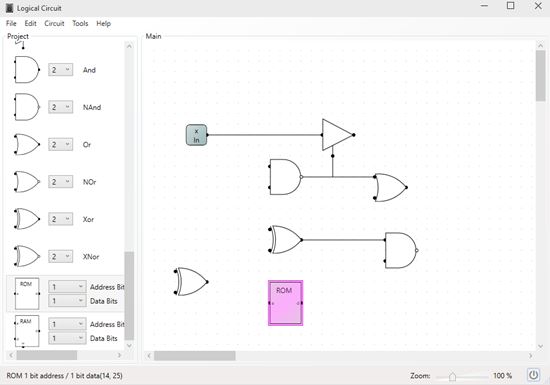 LogicCircuit also supports simulations like Logisim. Click on the power button in the bottom right corner to start the simulation. Output is showed in the left sidebar.

There are fewer elements here by default than there are in the previously mentioned logic circuit software but it’s more than enough to get you started with logic circuit design. TIFF, PNG, JPEG, GIF and BMP export of designs is possible. The only editable format in which you can save your creations is LogicCircuits own .LogicCircuit format. Detailed signal analysis is possible using the built-in oscilloscope. 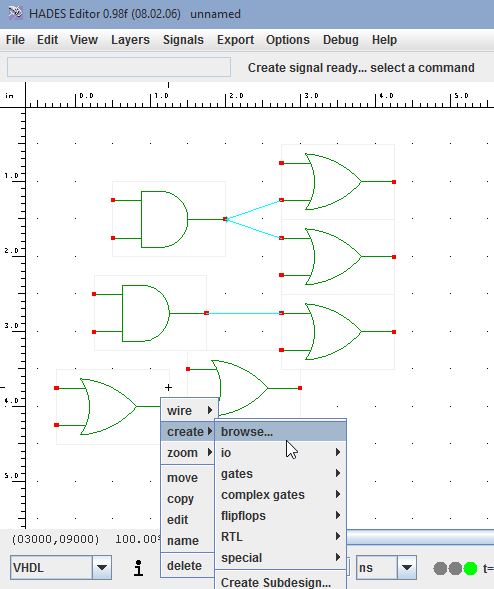 Hades has pretty much the same functionalities that all the other logic circuit software that I covered here has, including interactive simulations.

Here you’ll need to right click within the canvas in order to access and add one of the available elements. There are standard gates, complex gates, flip-flops, RTLs and you can even create your own sub-designs. Use the media player like controls in the bottom toolbar to run the simulations. Export as images (GIF, PPM, Postscript and Fig2Dev) is available.

Also, have a look at Free Logic Circuit Creator For Windows LogicCircuit. 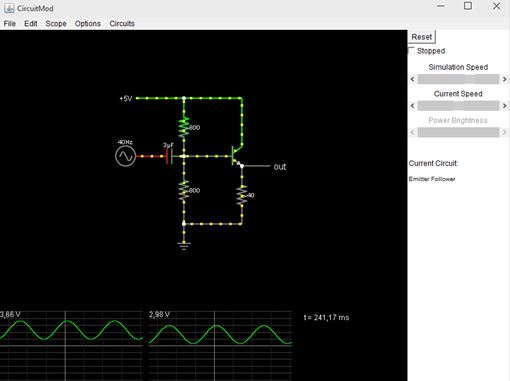 Circuitmod might not look like much (as far as interface goes), but it’s actually a very advanced and easy to understand logic circuit software, which works just fine on Windows 10.

What sets it apart from all the other applications that I covered is the fact that it comes with lots of demo logic circuits, for sequential logic, active filters, A/C filter and more. Simulations run in real time, with waveform signal analysis at the bottom of the interface.

Out of the 5 logic circuit software from the list above I really enjoyed using Circuitmod and Logisim. These two seemed most inviting and easy to understand, although the other three aren’t that far behind. Let me know what you think in the comments down below.