Cineplay is one of the easiest to use free media player that lets you watch video files of all formats, without installing any codec. To play a video, just drag and drop video file on Cineplay, and Cineplay will start playing it immediately.

Cineplay comes from the makers of CineFX Media player, and CineCode 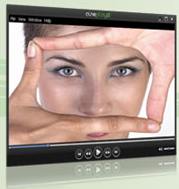 You can use Cinecode with mobile video content, digital camera and camcorder video. You can use Cineplay to watch videos in all kinds of formats including Divx. Cineplay supports a wide range of codecs including AVC1, H.263, H.264, XVID, MPEG, WMA, DIV3, DVPP, DV5p and others.

Here are some of the features of this Free Cineplay Media Player:

Cineplay is a free multimedia player that is licensed under the General Public License (GPL). Cineplay is an open source software that is available to the public.