Cinecode supports multiple video formats including MPEG, WMV, WMP, AVC1, H.263, H.264 FLV1 Flash/Sorenson, and FLV4.  The encoder is built in to the multimedia player. Cinecode’s FLVP player is compatible with all flash video formats including Divx. This encoding tool also support FFMPEG. You can use Cinecode along with your mobile video content, digital camera and camcorder video. 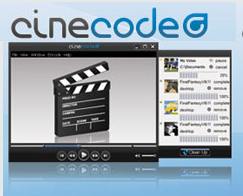 Here are some of the features of Cinecode:

Cinecode is an open source program that is licensed under the General Public License (GPL) license. This encoding tool is created with the open source technology developed by OpenLibraries. Cinecode is completely free and is available to the public.