Agent 7 Escape-Jungle Run is a free Android running game with the objective of helping an Ex-Intelligence Agent escape. One of the popular intelligence agency sent an agent named, Agent 7 on a mission to fetch some secret documents. All you have to do is help the agent escape after stealing the documents. You might have played many running games for Android, but this one is quite distinct as the Agent is chased by a police car while he runs. That means, after fetching the documents the police gets alerted and they start chasing Agent 7 while he tries to escape safely and without getting caught.

Similar to other running games such as Temple Run, Adventurer Ice Bear Run, Rail Rush, and more, “Agent 7 Escape” is also very addictive and interesting. The game environment comes with nice graphics and the controls are quite simple. The Agent 7 will come across various obstacles while running and you have to guide him the right way without getting chased by the police car. Throughout the running track, you will be able to catch diamonds which can be used to buy equipment and powerups.

The below screenshot shows the Agent 7 running to escape. 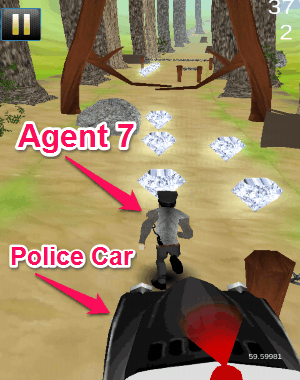 How to Help Agent 7 Escape From Police Car:

If you love playing running games then you will definitely love this one too. Simply get it from the Google Play Store.

Step 1: As soon as you open the game, you can start running with a single tap on the screen. To view the achievements, you can tap the star icon and to view the objective you can go for the dartboard icon. 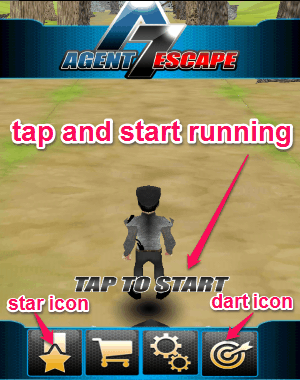 Step 2: The controls are pretty easy, simply slide your finger up to jump and slide down to crouch down the hurdles. Tap on the right or left of the screen to move Agent 7. The below image shows how to control the agent while running. 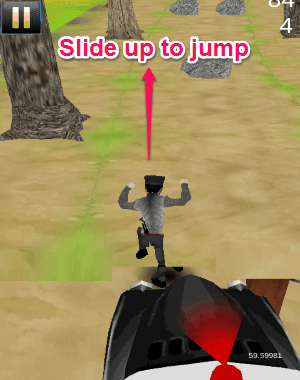 Step 3:  Go to the main menu and tap the cart icon to buy equipment and power-ups. You can buy casual or secret looks and power-ups like magnetism and ghosts with diamonds. The magnets can be used to catch diamonds from distances and the ghost will help you overcome obstacles. 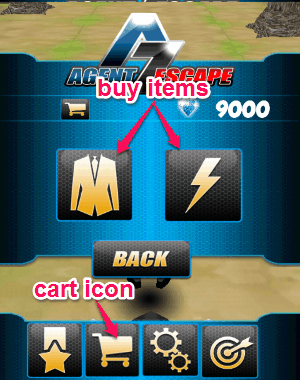 Agent 7 Escape is a very interesting running game for Android where you have to help the agent escape from the police car. The controls are very simple and you can also use powerups to overcome hurdles. Gain more diamonds to buy power-ups. Give this game a try.