Adventurer Ice Bear Run is a free adventure game for Android with a theme of frozen ice world. This game is quite similar to other running games for Android, the only difference is that in this game you have to guide the Bear across frozen tracks. You can achieve dozens of power-ups while exploring the amazing adventurous and frozen world. While playing the game, you can run, slide, and jump your way through the frozen tracks in order to reach the finish line. The main purpose of this game is to reach the Ice Bear home. In order to do so, you have to overcome all the obstacles in the tracks and complete all of the stages to reach the Bear’s home.

If you love playing running games such as Temple Run 2 or Rail Rush, then you’re going to love this one too, trust me on that. One of the most interesting features of this game is the ice water surfer, which can be used while running on the water surface. It is a classic running game with lots of challenges. As the level increases the challenges get more and more difficult.

The following screenshot shows the running Bear and the frozen tracks. 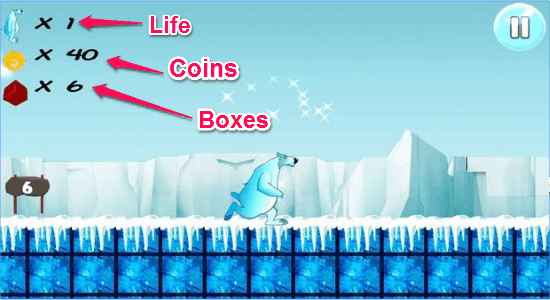 Note: This game is also available for iPhone and iPad, but I have only reviewed the Android version.

How to Play Adventurer Ice Bear Run with Frozen Tracks:

Download and install the game from the link given at the end of this post or from the Google Play Store.

How to control the Bear while running:

As soon as you start the game, you will be able to start running and guide the Bear through the frozen tracks. The controls are pretty simple and as follows:

The following screenshot shows the Bear which is going to jump on the air. 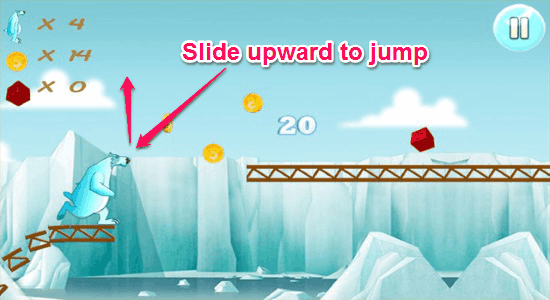 How to choose levels:

You have to complete all the levels to keep exploring the adventurous world of this game. Before starting the game, it will ask you to choose levels. You can choose among the unlocked levels and start running. Continue playing the game to unlock more levels. The following screenshot shows how to choose levels. 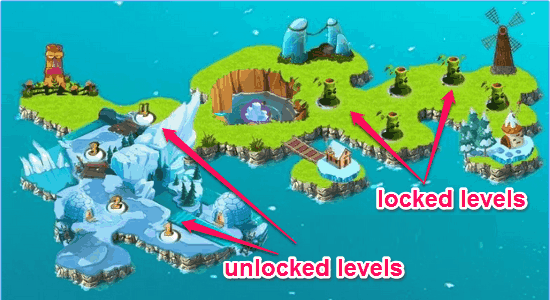 How to collect coins and boxes to score higher: 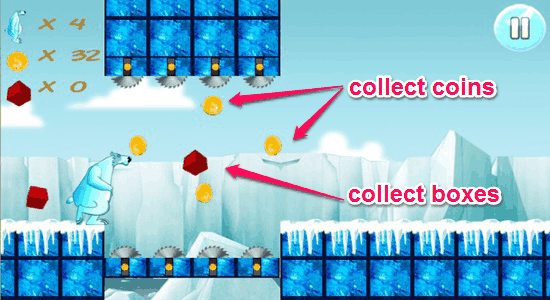 Adventurer Ice Bear Run is definitely one of the best running games for Android with nice frozen graphics. Start running the Bear across different tracks to accomplish the mission of reaching its home. Personally, I am a running game lover and I am definitely keeping this game on my phone.